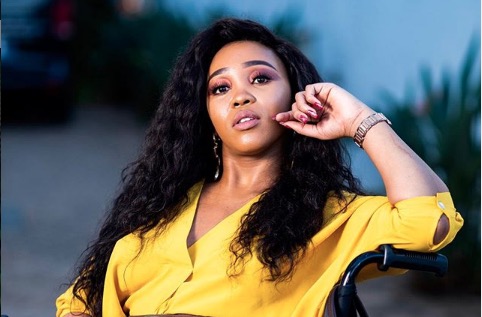 Move over Kardashians, we have a new favourite reality TV family: The Mkhizes.

Fans were taken inside the family's huge Durban mansion which includes several different buildings amassed from buying out their neighbours' homes over the years.

It looks like a shopping mall and even has its own wing dedicated to entertaining.

Sbahle was one of the first people to feature on the show, where she opened up about the 2018 accident that nearly took her life.

“It's been a very crazy journey. I was in hospital for a very long time and I had amnesia. It has been a long journey,” Sbahle said.

The star admitted that her slow recovery had left her feeling “sad” and led to her staying in her wheelchair for about two months without walking.

She later took some steps and even participated in an exercise session.

Shauwn, who is Sbahle's stepmom, said she had an unbreakable bond with Sbahle and saw her as her own daughter.

Fans were all there for the bond and the lifestyle the family lived.

They flooded social media with memes and messages about Shauwn and the family, making them the most talked-about subject on Twitter.

I’m still stuck on the house, are we even living ??#KwaMamMkhize pic.twitter.com/UFryiifEYz

That house is bigger than sandton city #kwamamMkhize 😭

The ladies of the real housewives of Johannesburg got nothing on here #KwaMamMkhize pic.twitter.com/vGeZ3FwpOK

Did yall see Shaun's house? It's bigger than the mall in my home town #KwaMamMkhize pic.twitter.com/Dyt4AH21TE

Is there any Spar that is still open at this hour ? I am on my way to play Lotto after watching #KwaMamMkhize pic.twitter.com/Wyf71etXkr

MaMkhize teaching black women that you don't have to "girlfriend" to live a millionaires life, you can "CEO" babe, it's an option now... #KwaMamMkhize pic.twitter.com/GfikzLzaZE

Despite it being a tough road, Sbahle has fought her way back to recovery.
TshisaLIVE
2 years ago

Sbahle celebrates her 'second Christmas': I don't know what it was or how it felt before

Sbahle Mpisane is excited for a Christmas that will be much bigger and full of love.
TshisaLIVE
2 years ago

Sbahle’s milestone: I called my neighbour so they could call an ambulance if I fell

WATCH | Sbahle the supermodel: Star hits the runway, wheelchair and all

Sbahle won't let her injuries get her down.
TshisaLIVE
2 years ago