The boy stole Mzansi's heart in his first scene! 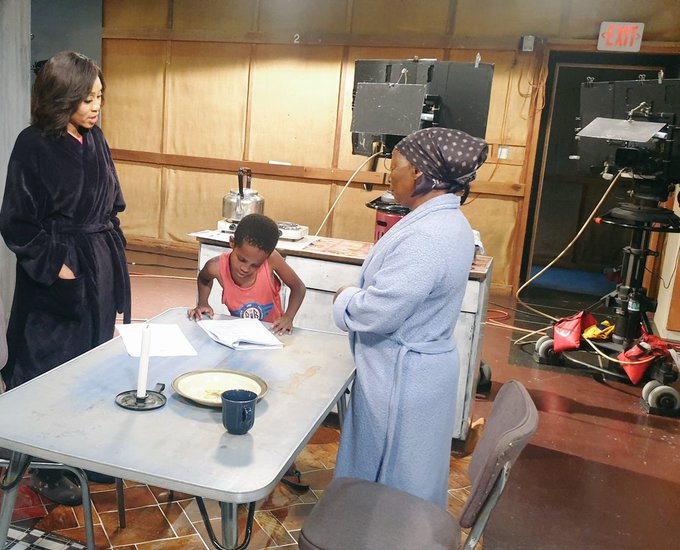 Scandal! actress Kgomotso Christopher has joined Mzansi in praising the soapie's latest child actor, known only as Lihlonolofatso, who plays Tebello and has stolen the country's hearts.

Old and new viewers couldn't help but gush over the youngster's amazing ability to keep them captivated and they marvelled at how good he was “for his age”.

In the e.tv soapie, Tebello takes care of a sick and frail elderly woman, played by the legendary Francina Morake.

Kgomotso agreed with Mzansi that the first-time actor was a marvel to watch on and off screen. She added that he was a “natural” and watching him work brought the actors and crew as much joy as he brought the viewers.

“The child prodigy ... first-time actor ... we are watching him working and as professionals getting re-inspired. It's about the craft, the work, the calling. Nothing else! Pure art in action. It's beautiful to see all the love this boy has received. Deserved,” she tweeted.

The child prodigy...first time actor...we are watching him working and as professionals getting re-inspired. It's about the craft, the work, the calling. Nothing else! Pure art in action. It's beautiful to see all the love this boy has received. Deserved🤗🙏🏽 #etvscandal #tebello pic.twitter.com/6tySJx57YI

Kgomotso also gave props to Francina, who has been in the business for more than three decades, since the Lesilo Rula days.

Check out the tweets singing the actors' praises.

Mama is a brilliant actress I grew up watching as a young child. #FrancinaMorake...ask your parents about shows like Matswakabele, Lesilo, Kgatelopele✊🏾. She had to be aged for this role with makeup. Next to each other, we look like cousins. Still youthful, beautiful & brilliant https://t.co/2VujmKJZ8j

Give this boy all acting awards please 👏🏽 #etvScandal pic.twitter.com/2U2ssaOqLG

#Tebello really keeps us glued to the screens, his talent is something else 😭😭❤️! https://t.co/g1gJ40DuQL

'Mvelo Makhanya did not have to make a tearful plea for us to know that the cruel remarks about her were hurtful,' Florence Masebe said.
TshisaLIVE
3 years ago