LOL! Kim K denies that Kanye fell off his horse but fans are still hosing themselves 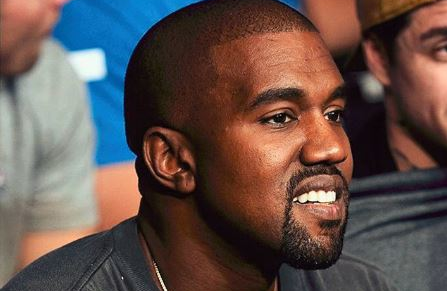 Kanye West had the internet in stitches after appearing to fall off a horse in church.
Image: Kanye West Official/Instagram

Kim Kardashian stepped in to spoil the social media comedy session after a video, which was believed to be Kanye West falling off a horse in church went viral.

Fans on social media found themselves rolling on the floor with laughter after it was reported that Kanye had fallen off while riding a horse in church.

In the video, a man dressed in white can be seen climbing on a horse and trying to ride it before falling off.

Kim was not here for it and quickly took to social media to ask whether anyone had bothered to check the facts.

“Please, where is the fact checking?! I have seen this false story circulating. This is not Kanye and this is not the Sunday Service Choir,” wrote Kim.

Please where is the fact checking?!?! I have seen this false story circulating. This is not Kanye and this is not the Sunday Service Choir. https://t.co/kEaP1zyvrn

But social media wasn't fazed by Kim's explanation and continued with hilarious memes and messages about “Kanye falling off”.

The church puns ranged from Kanye being high to the horse being an atheist.

Check out some of our favourite reactions:

This nigga rolled in on a horse 🐴 in church and made a complete ASS of himself....😂🤣😂🤣 pic.twitter.com/BwxWi4zjyH

That is a horrible place for a horse that clearly spooked a little. Stupid Kanye. https://t.co/vA0MjPg9gr

This fuckin idiot Kanye West took a horse to church and fell of it.... 🤣🤣🤣

Someone said
“can’t we just pray at home”

I don’t know who’s church this is, that y’all allowing Kanye to act a whole-dummy in, but listen..🤦🏾‍♂️😂😂 pic.twitter.com/GCktcF6R26

Trevor weighed in on the debate during a 'Between The Scenes' segment this week, and lambasted Kanye for having double standards.
TshisaLIVE
1 year ago

'Kanye West makes albums the way I used to do my homework in high school, right before it was due for submission'
TshisaLIVE
1 year ago
Next Article