“I expected excellence from a black owned network ... I guess I was wrong,” she said 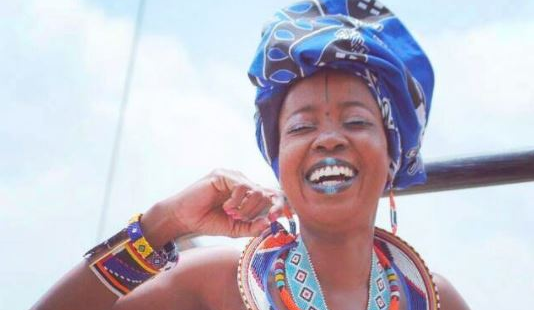 Poet and activist Ntsiki Mazwai has accused Moja Love of failing to do justice as a black-owned channel that continues to “promote domestic violence” among other negative things.

Ntsiki was triggered, together with many in Mzansi, by a final teaser of Moja Love's latest docu-series Impilo that aims to tell all about controversial couple Babes Wodumo and Mampintsha's turbulent relationship.

The pair's relationship has made headlines ever since a video of Mampintsha hitting Babes several times went viral last year. Both opened cases of assault against each other but the matter was later referred to Families SA for mediation and charges were withdrawn.

Babes and Mampintsha have since reconciled and thanks to Jub Jub and Aubrey Tau, they now have a docu-series set to air on Thursday night.

Ntsiki was appalled by the channel's decision to air the series and didn't mince her words when she expressed her disappointment.

The poet, who previously worked for the channel, explained where her disappointment in Moja Love stemmed from. She said she expected the channel to work towards uplifting black people and breaking negative stereotypes.

“Here we are with our black-owned tv channel and all we can do with it is promote domestic violence ... We have failed ourselves.

“Women are dying daily in South Africa but here we are giving a platform to celebrate gender-based violence ... Wow, I don't understand the maths.

“I expected excellence from a black-owned network ... I guess I was wrong,” she said.

Moja Love spokesperson Lindiwe Mbonambi told TshisaLIVE that the channel was not promoting domestic violence in the least. She said that the viewers would see as much when the series airs on Thursday night and that the channel prides itself on showcasing stories that are "unfiltered and real".

"The channel is not promoting domestic violence it will be premature to utter such a statement as the show has not even aired. The channel is just highlighting an issue which affects a majority of our population and to get conversations started around the issue."

"It does not matter what social standing you have in life it will affect you. We hope that this docu-series will assist other people who are in a similar situation to seek help. This is why we showcase such stories unfiltered and real, as they are more impactful in getting the message across and spreading awareness of social issues," she said.

I expected excellence from a black owned network........I guess I was wrong

You get given an entire channel and in 3years you have produced NOTHING of value???? Wow. Time to introspect hey

While most of Ntsiki's followers sided with her views, there were a few who tried to defend the channel.

One tweep attempted to go head-to-head with Ntsiki, trying to explain the entertainment “value” of Babes and Mampintsha's controversial relationship.

However, Ntsiki didn't back down.

Here we are with our black owned tv channel and all we can do with it it is promote domestic violence.......we have failed ourselves.

we all saw that video, but how does the show promote domestic violence? am confused

Sad that I need to explain to you that we don't want to live in a society where violent men are rewarded with a platform for their violence https://t.co/1nwGyGsmH2

Will the country drink water or will it tune in?
TshisaLIVE
2 years ago

Ntsiki Mazwai has a lot to say and this year, she said A LOT!
TshisaLIVE
2 years ago

Ntsiki Mazwai: Moja Love did nothing for me