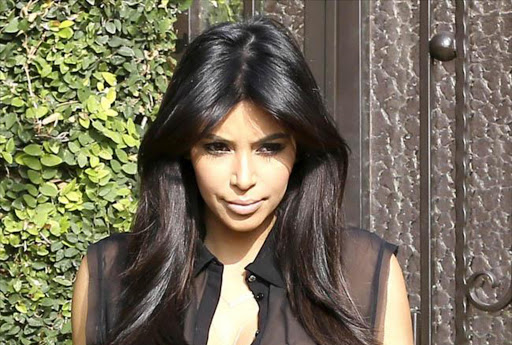 Kim Kardashian West got her Ivy Park x Adidas orange box and rocked the hell out of it.
Image: Via Instagram

When Beyoncé gifted her “people” a big orange box as she launched her Ivy Park x Adidas merch, Kim K's fans were disappointed that Queen B had seemingly lost the reality star's address.

It wasn't fun to be Kim K at the time and the Beyhive poked fun at her for apparently being left out in the cold by Queen Bey.

But on Wednesday things took a different turn when Kim K showed off her Ivy Park merch and had the last laugh.

Everyone knows Beyoncé doesn't put petty before good business, and no matter how much you like or dislike Kim, there's no denying she has great influence.

And since Kim set the record straight about receiving her Ivy Park box, the internet has been in meltdown for several reasons.

First ... does this mean the queen ain't got no beef with Kim?

Second ... did Kim strategically decide to share later that she got the box so she could own the spotlight?

Or is everybody just jealous that the box never made its way to them?

We'll never truly know, but here are some of the reactions to Kim K's orange box reveal.

I don't know what happened on Twitter while I was sleeping but I think it's safe to say Kim K got Ivy Park trending.... pic.twitter.com/6lMDtVm4g9

Kim K received her Ivy Park collection and ate it up better than any other influencer who received the orange box ❤️🧡
Lol also I legit think she got it the same time as everyone but this is Kris Jenner’s daughter she’s strategic looooooooove to see it. pic.twitter.com/tIQvJGJyz0

The love I have for Kim K though pic.twitter.com/tOXi5Sx36o

Kim K after posting her orange box and outfits: pic.twitter.com/oexrkXel6y

Kanye's wife looks so happy. I'm sure this is a very big deal to her. I'm glad Beyoncé could bring out that huge smile. pic.twitter.com/gpzrbsdAvM

When I tell yall Kim K ALWAYS has the last laugh. 😍💉💉 pic.twitter.com/N1N3pQ7fbZ

Beyonce's Ivy Park and Adidas collection has been sold out.
Lifestyle
2 years ago