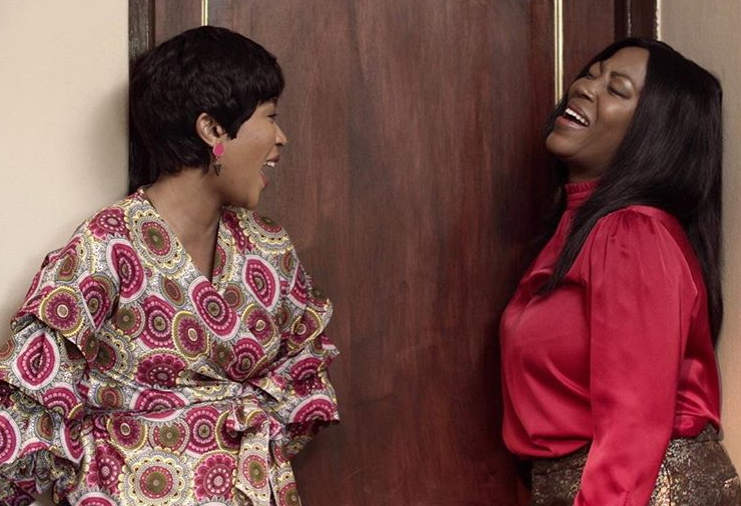 Mo Setumo and Rami Chuene are looking forward to bigger and better things after exiting 'The Queen'.
Image: Instagram/Rami Chuene

Rami Chuene has taken to social media to give a shoutout to her former The Queen colleague Motsoaledi Setumo for the grace with which she's carried her character Mmabatho as they both exit that chapter of their lives.

The veteran actress expressed her pride in Mo and how talented she thinks the actress is. She also took the opportunity to wish her well in her future endeavours and to remind her that she has her back.

“The laughs! It’s in the laughs baby! Motsoaledi, you’re incredibly gifted and I can’t wait to see you on the next project. 2020 promises to be great. Keep shining like the star you are, my Queen! Always know that 'Mama Bear' loves you and will always be in your corner, my Mo. Always. Now, let’s do bigger & greater things!” Rami said.

The news that Mo was also leaving the show came at the same time as Rami's exit was confirmed.

According to Sunday World, Rami's character was killed off after alleged behind-the-scenes drama with the Ferguson family, who produce the show.

However, the reasons behind Motsoaledi's exit remain unclear. She also took to her social media to thank her fans for the support they gave her as she brought her character to life.

“Thank you for all the love that you've shown me and my character. It's been one great journey,” Motsoaledi wrote.

From myself and Mmabatho, we thank you. ♥️ pic.twitter.com/61DDXIyk3v

Indeed... to bigger and better things!

To bigger and greater things pic.twitter.com/61HJTySp6O

Rami Chuene hints at reality show after 'The Queen' exit

Are you here for a whole Tgom reality show?
TshisaLIVE
2 years ago

Despite the drama surrounding Ferguson Films and Rami, Rami's colleagues are still her "people"
TshisaLIVE
2 years ago

Motsoaledi Setumo on cheaters: I strongly believe in revenge

"I’m loyal AF! Mara cheat on me once and best believe I’m gonna finish you"
TshisaLIVE
2 years ago