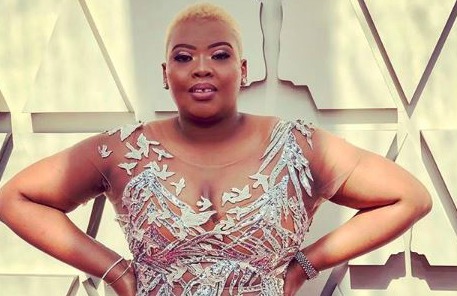 Anele will again jet off to Los Angeles to cover the Oscars red carpet on behalf of M-Net on February 10.

Her TV special for the Academy Awards will air on Monday at 9pm on M-Net.

Viewers praised Anele last year for her immense knowledge of the films that Hollywood stars who walked the red carpet were part of.

On social media, Anele shared the news that she was officially returning to the red carpet to host again and said she was delighted, as it's a big year for film.

“I am your official red carpet girl at The Oscars again this Sunday! It’s a big year for film.”

I am your official red carpet girl at The Oscars again this Sunday !!!!!! It’s a big year for film

With her excellent research on the films and cast members, Anele's fans can't wait to see her work her magic again.

Yay!! 😁💃🏽Well deserved!! I watched the one you did last year and I was very impressed!! Your interviewing skills are impeccable and of course your ability to think on your feet!! I’m excited to see what you’ll do this year!! 🤗

Plain truth: When you sow through hardship, you will reap with joy. Rejoice & celebrate your achievements unapologetically. Because it's all about what you've reached due to your hard work!

The children 'need to talk, to release, to heal'
TshisaLIVE
2 years ago

Anele Mdoda is not here for those J. Lo Oscar-nomination calls

'She acted! For the first time I could not see J. Lo, but Ramona. She, however, does not belong on the nominees list'
TshisaLIVE
2 years ago

WATCH | Euphonik agrees with Malema: 'You have an appointment with the future'

'We have an appointment with the future so suke’ndleleni! (get out of the way),' says Euphonik
TshisaLIVE
2 years ago