IN PICS | Anele Mdoda did the most at the #Oscars and looked amazing too! 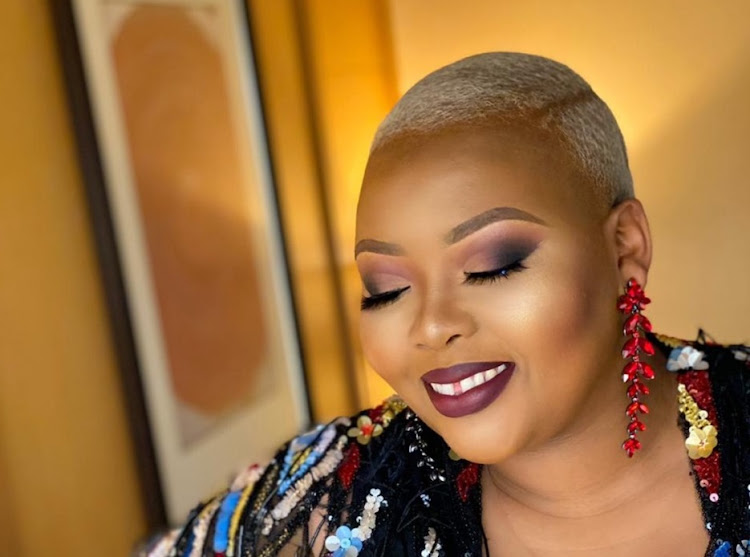 It's unfortunate that Charlize Theron lost out at the Oscars in Los Angeles on Sunday, but Anele Mdoda, who covered the red carpet action for M-Net, gave Mzansi something to celebrate.

Anele was a sight for sore eyes  in a gorgeous Juan William Aria décolletage sequinned dress. Sis also did the most on the ever-so-hectic carpet and scored interviews with Hollywood A-listers such as Al Pacino, Regina King and our very own Charlize.

“I had to get her. There was no other way. I would not be allowed back into the country if I had not,” Anele captioned a snap of her and Charlize.

Charlize was nominated for an Oscar in the best actress category for her role in the movie, Bombshell. However, she lost the award to Renee Zellweger, who won it for Judy.

Best and worst dressed celebs on the 2020 Oscars red carpet

From Charlize Theron to Janelle Monae, here's who slayed and dismayed with their outfit choices at the Academy Awards
Lifestyle
2 years ago

It was the third time Charlize was nominated for an Oscar. She bagged the best actress award in 2004 for her role in Monster. In 2006, she was nominated in the same category, for the film, North Country.

The night wasn't a total let-down for the established actress, as her film bagged the best hair and make-up award.

I had to get her. There was no other way. I would not be allowed back Into the country if I had not. #AneleattheOscars

Anywho back to Anele ... Hai! Moghel really got everything right on that carpet.

Here are some snaps.

Possibly my favorite moment. He was not going to come to us until I shouted something and he came running 😂😂😂😂 what did I shout you may ask. @mnettv 9PM to find out. #aneleattheoscars

Brad, okay at least say hi to South Africa. Will turn or will he walk... all will be revealed at 21:00 on @mnettv #aneleattheoscars

She wanted Brad to win #aneleattheoscars

I hustled for this one shem !!! But AL PACINO says hello South Africa !!! #aneleattheoscars

My new bestie !!! She shouted “ short huuuur don’t care “ and we took a picture #aneleattheoscars @amandasalas

We stand like this so we can cinch the waist 😘😘🔥🔥🔥 #aneleattheoscars

Anele Mdoda is not here for those J. Lo Oscar-nomination calls

'She acted! For the first time I could not see J. Lo, but Ramona. She, however, does not belong on the nominees list'
TshisaLIVE
2 years ago

The children 'need to talk, to release, to heal'
TshisaLIVE
2 years ago

‘Don’t mind the gap’- Anele has fans embracing the gap in their teeth, and it’s beautiful

Anele is the gap, but these tweeps are too.
TshisaLIVE
2 years ago