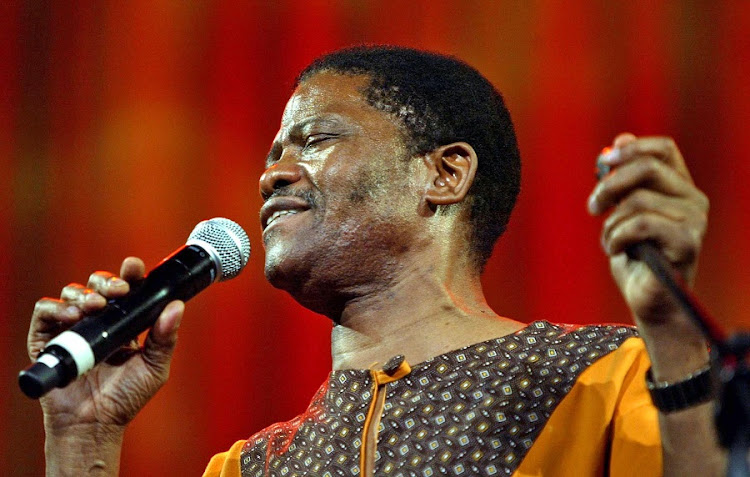 Majozi said Shabalala was with his wife, Thokozile Shabalala, during his last moments.

"Yes it's true. Mr Shabalala passed on this morning. The group (Ladysmith Black Mambazo) is on tour in the US, but they have been informed and are devastated because the group is family."

Majozi said Shabalala's family would issue an official statement later in the day.

Over the past few years Shabalala's health deteriorated, resulting in him retiring from the group in 2014.

Earlier this year, Shabalala was admitted to hospital due to ill health, and those close to him asked fans to keep him in their prayers.

In 2017, Shabalala was admitted to hospital after his health took a nosedive after he underwent spine surgery and "struggled" to get back on his feet.

"He is old now. We were worried when he went in for the operation, and are still very concerned because he is sick, but he is getting stronger," spokesperson Sandile Khumalo said at the time.

Although Shabalal officially handed over leadership of Ladysmith Black Mambazo to his son Sibongiseni about three years ago, the star occasionally made appearances with the group at events.

Khumalo said Shabalala's ailing health meant he was no longer able to travel or attend events with the group.

Joseph Shabalala, who helped introduce traditional Zulu music to the world, died aged 78 on February 11 2020. The musician was best known as the founder of Ladysmith Black Mambazo, which won five Grammy awards.

Ladysmith Black Mambazo founder to be honoured with stage musical

As a herdboy growing up on a farm in Ladysmith, KwaZulu-Natal, Joseph Shabalala's father would tell him that one day he would be educated, make his ...
Lifestyle
2 years ago

Multi Grammy award-winning Ladysmith Black Mambazo founder Joseph Shabalala has fulfilled his longtime dream for the isicathamiya music to be ...
TshisaLIVE
3 years ago

President Cyril Ramaphosa on Saturday paid a courtesy visit to the home of the founder of the multi Grammy Award-winning Isicathamiya group Ladysmith ...
Politics
3 years ago