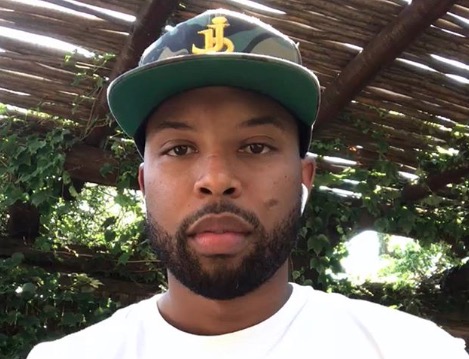 Media personality Sizwe Dhlomo caused a commotion when he seemingly invited a hater to a fight after a spicy exchange over his  motorbike.

Sizwe got into a messy twar with a tweep after he posted a snap of his three-wheeled bike with the caption “baby”.

Sizwe and the tweep soon had an exchange of words, which escalated to them wanting to physically fight each other. Showing how serious he was about wanting to take the fight to the streets, Sizwe sent his location so they could settle things face to face.

Soon after sharing his location, the tweep promised Sizwe that he would be there in 15 minutes.

Sizwe told him he'd even wait outside the premises. “What car are you in, so ngizokuhlangabeza?”

I’ll even wait for you outside. What car are you in, so ngizokuhlangabeza? https://t.co/kGdhV8tm3R

To show that the twar was no joke, Sizwe shared a video of himself waiting outside 1 Saxon Road.

Proof is in the pudding! pic.twitter.com/S2jjZ11ejJ

No I want him to... I’ll even give him petrol money when we’re done. https://t.co/RQiAtSXnrH

While waiting to battle it out, Sizwe tweeted that people near Saxon Road were surprised that he was indeed there waiting.

“Lol! So many people have come here to peep ... This lady just walked by and asked: “You’re still here, waiting on him?”

Lol! So many people have come here to peep... 🤣😂🤣 This lady just walked by & asked “You’re still here, waiting on him?”.

As the clock kept ticking, many tweeps were surprised that 43 minutes later the tweep still hadn't pitched.

Soon after the thoughts of a battle were defused, Sizwe's fans flooded his TL expressing their disappointment of him really taking a twar to the “streets”.

Showing he was not here for the “disappointed in you” tweets, Sizwe told one tweep: “Quite honestly ma’am ... I’m not bothered one bit by your loss of respect for me. I don’t even know you.”

Quite honestly ma’am... I’m not bothered one bit by your loss of respect for me. I don’t even know you. https://t.co/IJUedLVK2h

Just like Kanye, Sizwe owns a mountain and everyone is shooketh