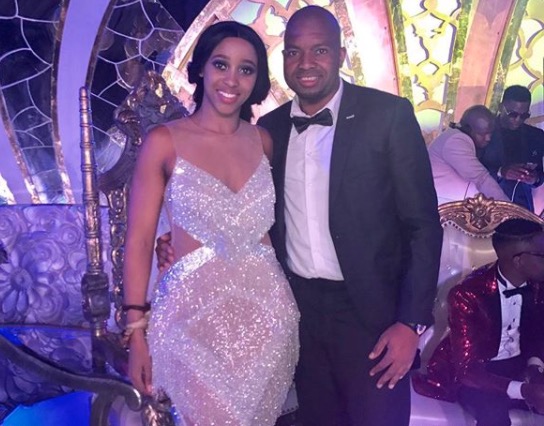 Sbahle Mpisane has spilt the tea on her split from Bafana Bafana goalkeeper Itumeleng Khune, revealing how she decided to let him go and “date someone else in peace”.

The pair were once the hottest celeb couple in Mzansi, dominating headlines and heating up social media.

But things changed shortly after a car crash in 2018 left Sbahle in ICU fighting for her life.

While she later recovered enough to go home and pick up the pieces of her life, she told viewers on her family's reality show this week that her life changed after the accident, and so did her relationship.

She said Khune was there for her after the accident, but she needed someone who could be constantly at her side and decided it was best to let him go.

“He stays in Joburg, I stay in Durban. I need someone to give me a hug and kiss me ... I felt like, with everything that was going to lead to us breaking up, I needed more of him, but he was not available to be there for me. So it was the best time for me to say bye.”

She confirmed the couple split in December 2018 and said her amnesia after the accident played a part in the decision.

“He is dating someone else. I bid him farewell in December (2018) and told him that, so he could move on peacefully. I don't have any issues with him. Me and him didn't fight over it. We said goodbye.

“He was fully supportive, he called me every day I was in hospital. Then, clearly because of my amnesia, I couldn't fully remember why I fell in love with him, but he was there for me.”

Sbahle even sent Khune a text when she heard he had a new girlfriend to wish him the best.

The fitness fundi first hinted at the couple's split in February last year when, in an Instagram post, she said she was married to herself and focusing on her recovery.

“I view the accident as a human experience, I needed to become more than a daughter of my parents, a girlfriend ... even more than #FitnessBunnie. My slow walk towards my happy ending is not about anyone and has NO Prince Charming ...#resurgence,” she wrote.

In another post she spoke about forgetting parts of her life before the accident, with some suggesting she had forgotten the football star after suffering amnesia in the wake of the crash.

Khune has since got married and welcomed his first child a few days ago.

Posting a picture of himself feeding his little one, Khune wrote: “Daddy Duties is an everyday thing. #Blessed and most of all #GodIsGreat.”

Daddy Duties is an everyday thing ❤️❤️ #Blessed and most of all #GodIsGreat 🙌🏼🙏🏼 📸 Cred : @laaylaymak #TheBears 😉

Lobola and a Makoti! Itu Khune set to marry Sphelele

Sbahle denies she's moved on from Itu with her personal trainer

Sbahle has put the rumour to bed
TshisaLIVE
2 years ago

Sbahle on wedding plans with Itu: I am married to myself

The pair have not posted about each other for over a month, leading some jittery fans to think that there might be trouble in paradise.
TshisaLIVE
2 years ago

Sbahle Mpisane encourages her man Itu Khune to keep his head up.
TshisaLIVE
3 years ago