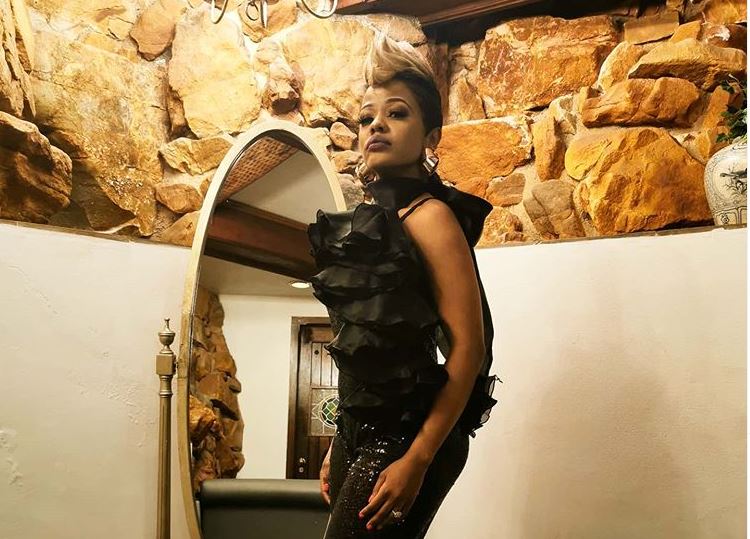 Zandie Khumalo-Gumede is on cloud nine about her song that will drop soon.
Image: Zandie/Instagram

Singer Zandie Khumalo-Gumede has cleared the air on claims that her “divorcing” her sister Kelly was a publicity stunt.

Last week, Zandi topped the Twitter trends list after she released a statement on social media announcing her decision to divorce her sister, singer Kelly Khumalo. This followed a statement from Kelly distancing herself from an alleged scam in which Zandie's husband Mhlo Gumede was allegedly involved.

Zandie's statement shocked many, with some suggesting it might be a publicity stunt to promote both musicians' careers.

“My statement was not a publicity stunt. Why would I go to social media and do that?” she asked

Zandi said she wants to put the drama behind her and is focusing on her music career. She said she was ecstatic about her new single titled Akwanele that will be released on February 14.

“I'm over the moon about my new song. It means a lot to me. God has done so much for me and I'm grateful for everything that I have.”

Kelly was shattered by her sister's hurtful words and told fan on Instagram that things would never be the same again for them after this.

“It is all well, I accept defeat. She wins. In fact, they both win. I wish them nothing but the best. This hurts more than I thought it would, but it is well,” Kelly added in another message.

"Is this fight even real?" SA asks.
TshisaLIVE
1 year ago