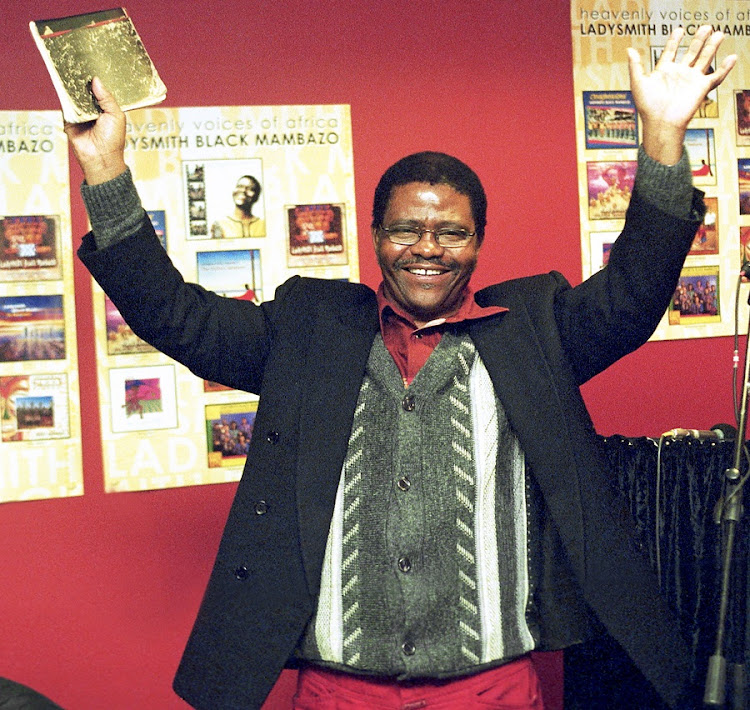 Joseph Shabalala celebrating his birthday at the launch of Ladysmith Black Mambazo's album 'Wenyukela' at the V&A Waterfront in Cape Town in March 2003.
Image: Gallo Images

Several memorial services to pay tribute to the late Ladysmith Black Mambazo founder Joseph Shabalala will take place across the country this week, the group’s manager Xolani Majozi said at the weekend.

“Professor Joseph Shabalala was a global icon, a valued and celebrated father figure of our rainbow nation, whose untimely death came at the time when Ladysmith Black Mambazo is currently touring the USA and planned to tour around the country later this year,” he said in a statement on Sunday.

On their return to SA, the group had planned to celebrate their 60th anniversary with a huge birthday bash.

“There are a number of planned pre-funeral activities to celebrate the life and times of Professor Shabalala as a global icon, and to give an opportunity for ordinary South Africans to come together in various provinces to pay their last respects to our globally celebrated hero.”

The events planned for this week are:

Shabalala died in a Pretoria hospital on Tuesday at the age of 78 after a long illness.

'Baba Joseph Shabalala we stand on your shoulders and your music will live forever,' says the Ndlovu Youth Choir
TshisaLIVE
2 years ago