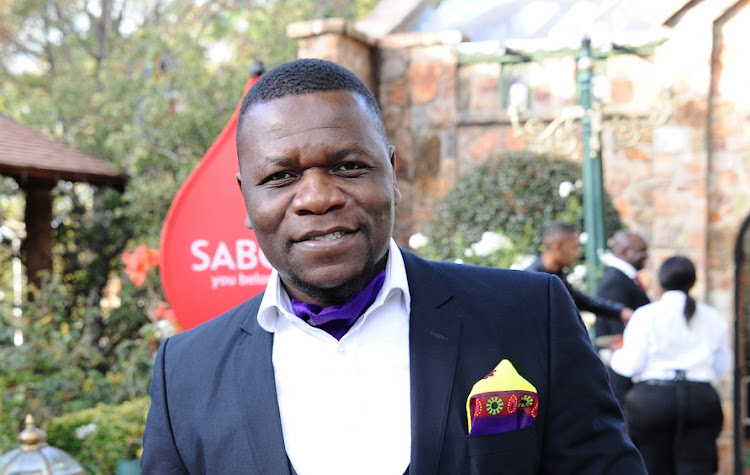 Macdonald Ndou plays KK on 'Muvhango', and has told fans not to give up hope because the character has surprises in store for them. .
Image: Gallo Images/Oupa Bopape

It's not looking good for Muvhango's much-loved KK villain in the current storyline, but actor Macdonald Ndou has come out to give KK's fans some hope.

Known to be a proud man, KK has never been the kind to apologise to anyone, no matter how wrong he is. Recently, however, the man has been super vulnerable thanks to his deteriorating health.

Macdonald said KK's fans shouldn't give up on him because his "resurrection" is almost certain.

"Fans must follow the story with some hope because as fans should know by now, KK is not the type to die easily. For me, fans need to also look out for a great performance because this was a very great story. KK is about to take his fans on an exciting ride," Macdonald told TshisaLIVE.

For example, this scene was totally unlike KK.

It takes a big man to apologize.... James and KK #muvhango #sabc2 ,thank you for watching...you belong 👌👌 @dingaan1

KK believes he has a fatal disease. What he doesn't know is that it is all a result of Matshidiso and her new beau, who happens to be KK's doctor.

Fans were shocked to discover that Matshidiso had finally managed to pull a fast one over the usually vigilant KK. Even though he knew Matshidiso's return always spelledt trouble for him, Macdonald told TshisaLIVE that love left the poor guy blind.

"Matshidiso and her boyfriend are responsible for KK's troubles. It's just because KK loves Matsidiso so much. He's almost always blinded by the feelings he has for her.

"He can't see past her smile most of the time. He knows Matshidiso is evil but how he feels about her is a different story."

Muvhango actor Macdonald Ndou has taken his relationship to the next level.
TshisaLIVE
2 years ago

DJ Bongz's Gwara Gwara is slowly taking over the nation and it seems the hit dance has even found its way onto the set of popular SABC 2 soapie ...
TshisaLIVE
4 years ago

AYEYE! Buhle Samuels is bringing sexy & revenge back on 'Muvhango'

"You better be ready for a devious, fascinating, volatile, seductive and all-round trouble and schemes making Tshidi," Buhle said
TshisaLIVE
1 year ago
Next Article