Kelly K hits back at 'is she still on drugs' dig: They are from Satan 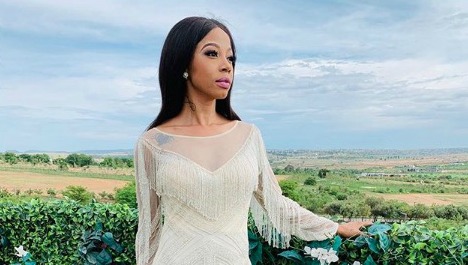 Kelly Khumalo lashed out after some social media critics tried to insult her by bringing up her past as a drug user.

The singer had the internet in a huff this week when she sent a clear message to her haters, telling them to sit down.

Kelly took to social media to post a video of herself in studio telling haters that they were barking but had no bite.

A spicy follower then asked if sis “still takes drugs”, alluding to Kelly's previous confessions of being hooked on drugs several years ago.

“I became a drug addict. Those are the repercussions of having money when you are young and not knowing what to do with it. I was in a bad space. I was in a bad relationship. I was not motivated at all. In fact, I became so hooked on drugs and I would forget about everything,” she told Sizwe Dhlomo in an interview in 2016.

Kelly hit back, sarcastically telling the hater that she got it from their father.

When users tried to calm her down, Kelly said the haters were from Satan.

She also told those urging her to calm down, to sit this one out.

Kelly has spoken before on the hate she has received, telling fans that hate had a habit of returning to its sender, adding that the more hate you give a person, the more blessed they are.

“We project so much hate towards others and forget that the very same hate is enough to drive God to open a flood of blessings towards those we spend so much energy hating on,” she wrote.

Kelly Khumalo only has one booking manager and he's not Mhlo Gumede.
TshisaLIVE
2 years ago