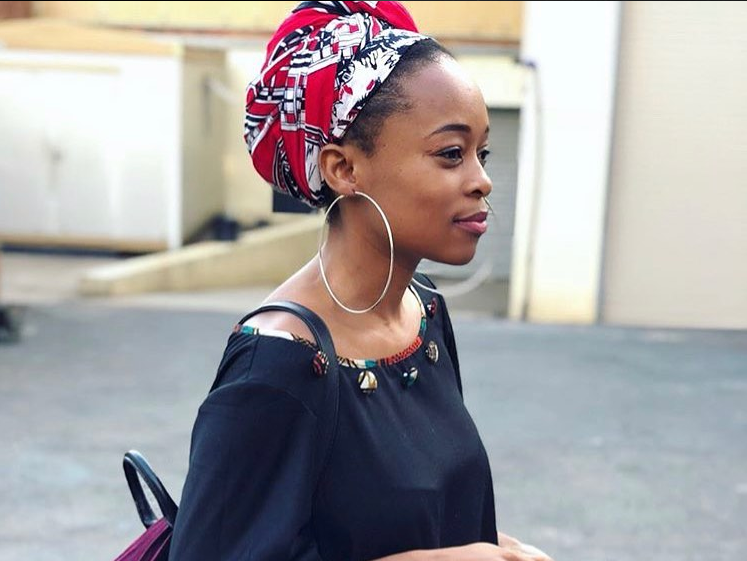 Filmmaker Mmabatho Montsho has written a scathing open letter to President Cyril Ramaphosa, spitting fire at the apparent “disregard” for the country's creatives he showed by not prioritising the arts in his Sona speech.

This after the president congratulated Mmabatho on Twitter for scooping the Best Short Film award at the 2020 Worldwide Women’s Film Festival for her film The Award Ceremony.

“South African creatives are relentlessly making their mark on the world stage and they continue to make us proud. Mmabatho Montsho’s short film, The Award Ceremony came back with a Best Short Film award at the 2020 Worldwide Women’s Film Festival. We celebrate this achievement,” he tweeted.

Mmabatho used the opportunity to reply and air a number of grievances performers have had for a while.

“Upon seeing your tweet congratulating our film, The Award Ceremony for its international win for Best Short Film at The Worldwide Women’s Film Festival, I spoke with some of my colleagues so that the response is collective,” Mmabatho introduced her letter.

The filmmaker went on to list some of the biggest issues she and her fellow directors, actors and performers, in general, have been faced with.

“In short, we reach these milestones you celebrate against incredible odds. Please celebrate us by attending to our grievances,” Mmabatho said.

“MNET continues to exploit creatives off our intellectual property - our ideas - precisely what makes us storytellers and creatives. We are also aware of the disparity in production budgets between channels with black content (eg. Mzansi) and white content (eg. Kyknet).”

Upon seeing your tweet congratulating our film, “The Award Ceremony” for its international win for Best Short Film at The Worldwide Women’s Film Festival, I spoke with some of my colleagues so that the response is collective. #ForTheArts https://t.co/7iCeOB0ANs pic.twitter.com/Ydj64mp3iU

When reached for comment on Mmabatho's allegations, M-Net  told TshisaLIVE that it recognised the need to ensure equitable treatment throughout the value chain, and would continue striving to ensure that the production companies they work with live up to those standards.

“MultiChoice has a proud history of investing in the creation of local content that not only resonates with its customers but also adds to the creation of a value chain that is critical in ensuring a strong talent pipeline and sustainable video entertainment industry.

“We continue to partner with black production houses to grow the industry in a way that is inclusive and sustainable.”

From overcoming the scourge of abuse against women and children to building a better country for all, this is what some of Mzansi's big names had to ...
Lifestyle
2 years ago