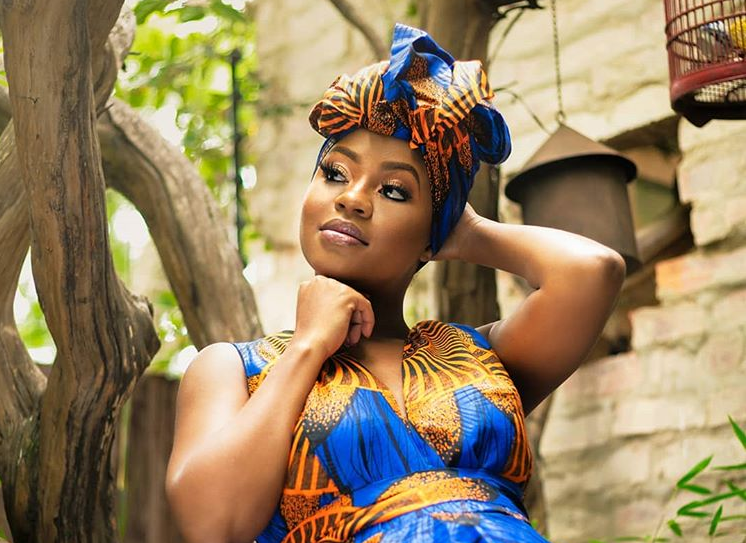 When I saw the campaign actress Gabisile Tshabalala chose to launch along with her second pregnancy reveal recently, I was not only inspired but proud of her. But as her campaign blew up on social media I found myself scared on her behalf ... for her career in particular.

The thing is ... the unspoken culture of “blacklisting” actors or artists who speak out over unfair practices in the industry has turned into a norm in South Africa. And while it is disgusting to watch, it continues to be a very real thing for women across different professions.

The stories I saw under the hashtag broke my heart. Women are basically losing their jobs and gigs because they are carrying life. Gabi herself went through a similar experience back in 2015. This after her work atmosphere suddenly became cold and saw her allegedly pushed out after she was set to become a mom.

While this happens everywhere, the “poorly regulated” arts industry is one of the worst, where women are often given ultimatums. Women who speak out in the arts industry risk potentially being labelled an outcast.

We’ve seen performers suddenly lose jobs for speaking up against unfair working hours, unfair wages, exploitation of their creativity and so many more issues.

Women who need “compensated” time away to grow and birth a baby are vulnerable.

The threat of never getting called back after an audition leaves many women reluctant and even blatantly unwilling to speak up. Your faves probably won’t say, but they have gone through the most to have both careers and families.

The biggest issue, as Mmabatho Montsho mentioned in her open letter to President Cyril Ramaphosa, was the unwillingness of government to place urgency on properly regulating the arts industry. The powers that be do as they wish in this industry and the women suffer the most.

Mmabatho means business and her letter said as much!
TshisaLIVE
1 year ago

The #Sowhatimpregnant campaign really took off, but only a few men lent their support. That, for me, was heartbreaking. Because really ... why are they quiet?

Is it not men who impregnate women? Are these struggling women not their wives, girlfriends, sisters, friends, respected colleagues, fellow artists, etc?

I ask this because I know women can share all they want about the issues they face, but even after a successful campaign, the power – unfortunately – mostly continues to lie with the big boss at work.

The big boss is probably a man. It’s not how it should be, but the reality is that men are the lawmakers, the CEOs, the ones with enough power to turn things around for women.

I take the men to task today. The atrocious things that happen to pregnant women happen because of a lack of proper policies but also because men initiate, perpetuate or allow them to happen.

Alternatively, they are done by women looking to impress men or who adhere to rules made by men. The way I see it, a woman in her right mind wouldn’t intentionally compromise other women in this way.

Pregnant women continue to face ongoing difficulties because somehow men decided that since they only sow the seed, when women speak about injustices against pregnant women, they will sit it out.

Don’t get me wrong ... I am not saying I expect men to personally understand the biological, emotional and physical changes that conceiving a baby bring to a woman. What they need to do is empathise, because currently, in most spaces, the director, head scriptwriter, producer, head of the channel is a man.

Unfair treatment of pregnant women isn’t a conversation you should be sitting out of. Where you have influence, as a man, speak up and change what needs to be changed. This isn’t a crisis that will be solved only by women, so where you can lend women your voice, do so selflessly.

After all, women carry your children and they do it selflessly.

Linda Mtoba besotted with her newborn: Looking at her is a different kind of feeling

"My husband and I look at our baby in such awe, like we made that."
TshisaLIVE
1 year ago

Generations' Luyanda on teen pregnancies: The saddest thing is the lack of support

Will Lesedi keep the baby?
TshisaLIVE
1 year ago

Taking aim at 'sanctimommies' and others who feel they have to comment on whether, how and when women should have children
Lifestyle
1 year ago