IN QUOTES| Ramaphosa on Shabalala: 'Our brother has left us to join the heavenly choir' 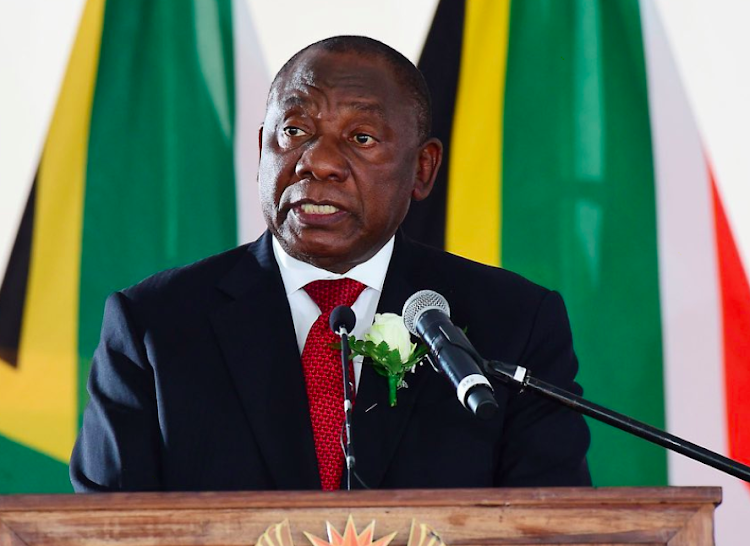 The founder of Grammy award-winning group Ladysmith Black Mambazo died on February 11 at the age of 78.

He had been battling health issues for several years and retired from the group five years ago.

Delivering the eulogy at his funeral in Ladysmith, Ramaphosa said Shabalala was a “true ambassador” for SA.

Here are eight quotes from his eulogy.

“He was one of SA’s most decorated artists, a musical genius, a prolific composer, a multitalented singer, a nifty dancer and an accomplished choreographer.”

“He was the son of farm workers and the eldest of eight children. He was forced to leave school at the age of 12, when his father died, to care for his siblings, and moved to Durban while still a teenager to work in a factory.”

“Our brother and father has left us to join the heavenly choir, but the imprint he has left on the music world, on this community and on our nation will continue to be felt long after his passing.”

“Ladysmith Black Mambazo has been the soundtrack to our national life. Their music has carried to the world the South African people’s story of pain, dispossession and loss, tales of camaraderie, friendship, triumph and of faith.”

Harmony in his music

“Shabalala’s music promoted harmony, love and mutual tolerance. As a nation, we can, like Mambazo, work as a team, despite political differences, to realise the SA we want to live in.

“Bab’ Shabalala had long urged that various types of isicathamiya be researched, analysed by musicologists, be notated and be taught in music academies. We want this to be recorded by artists, poets and academics.”

Music is more than just entertainment

“Music is far more than entertainment. It has the immense power to rouse people to action and give them a sense of purpose. Our artists are as much our historians as the men and women in our schools, colleges and universities. They are our seers and they are our prophets.”

“We must also ensure legislation applicable to artists, creators, educators, broadcasters, and owners are all taken into account when determining what steps to take in relation to the Copyright Amendment Bill.”

President Cyril Ramaphosa will personally nominate Joseph Shabalala for the National Order of Ikhamanga in gold.
News
2 years ago

President Cyril Ramaphosa and other SA political and musical heavyweights have gathered in Ladysmith, KwaZulu-Natal,to bid farewell to music icon ...
News
2 years ago

"Group musicians like us have benefited massively and directly from that, so we feel it's imperative to pray tribute to him"
TshisaLIVE
2 years ago