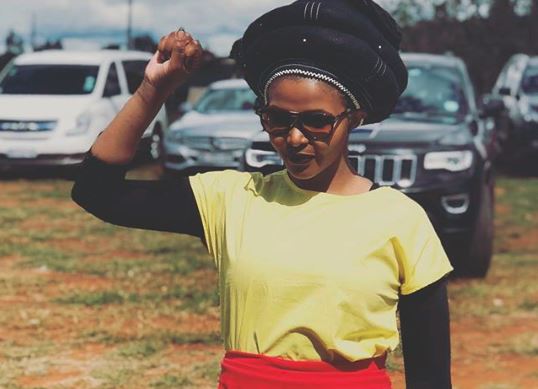 Simphiwe Dana didn't mince her words when she spoke out against some of the incidents on 'Mnakwethu'.
Image: Via instagram

Simphiwe Dana has joined the increasing number of Mnakwethu viewers that have slammed the aim of the show and the unsettling pattern of the male participants seemingly distorting the traditions around polygamy to suit their personal desires.

The award-winning singer took to Twitter to spit fire. She claimed the show was blatantly humiliating women for entertainment and no one seemed to be doing something about it.

"Is Mnakwethu the African tradition hill y’all are willing to die on? I say y’all because it could never be me. Women being humiliated like this could never have my stamp of approval. I can’t even believe that it’s being flighted. Surely we have rights as women."

Is #Mnakwethu the african tradition hill y’all are willing to die on? I say y’all because it could never be me. Women being humiliated like this could never have my stamp of approval. Can’t even believe that it’s being flighted. Surely we have rights as women.

Dana explained that as a "village girl" herself, she understood what the polygamous lifestyle was all about and was not against the culture itself.

What offends her about the show is the fact that it depicts men who are using culture to bring in a woman they had been cheating on their wives with.

"I’m not against polygamy. I’m a village girl. But this is not f**king polygamy. It’s greed, pure and simple," she fumed.

"Polygamy is only warranted for two reasons: 1. You are rich and have lots of land that needs to be overseen. 2. Your wife cannot bear your children. And in both instances your wife chooses your second wife, in cahoots with her mother-in-law."

After going back and forth with one of her followers debating the manner in which she approached the situation, Simphiwe eventually apologised.

She admitted that her point could have made without the strong language and insults, as the tweep pointed out.

The Ndiredi hitmaker reasoned that she was and still is infuriated by the "disregard" people seem to have about the way the show portrays women, particularly how the male participants seem to be distorting tradition to suit their "greed".

In a statement to TshisaLIVE, HOD of PR & Publicity, Local Entertainment Channels at Mzansi Magic, Philly Kubheka, said: "Mnakwethu aims to evoke and not provoke emotions by illustrating societal norms that reflect the dynamics that come with marriages and mistresses.

"As Mzansi Magic we are a platform that provides compelling content that drives conversations that is informative, empowering and raises awareness.”

And this is why I got so angry yesterday. I was wrong. But more of us should want to fuck shit up. And apologize later. And no other woman should want to shame us for being loudly wrong https://t.co/p5TOAW0M79

I’m so effing angry at that show and the women that at it https://t.co/nRzlPXD3B2

WATCH | Ayanda Borotho on her issue with polygamy: Modern men are selfish

Progressive or patriarchal? Twitter weighs in on polygamy via #LetsTalkPolygamy

Twitter is debating polygamy in modern relationships
News
1 year ago