IN MEMES | Malefu’s death in 'The River' left fans heartbroken, as if it was a surprise 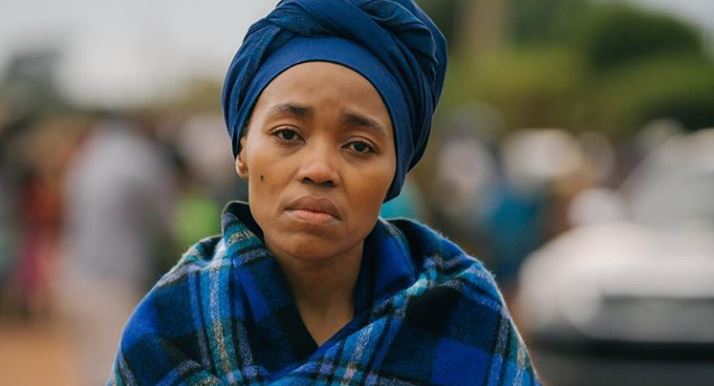 Moshidi Motshegwa is no longer part of 'The River'.
Image: Supplied/ The River

The finality of Moshidi Motshegwa's departure from The River only sunk in for the drama's viewers on Monday night, when her character's exit played out.

Despite knowing since last year that Moshidi had left the show, viewers were heartbroken all over again at news of Malefu's death.

Moshidi left the popular drama after some behind-the-scenes drama. In an exclusive interview with TshisaLIVE at the time, she detailed an alleged confrontation between the producers and herself, which apparently happened weeks before her contract was cancelled.

Moshidi said at the time: “I had had a disagreement with one of the executive producers. He reprimanded me and told me that I was being 'cruel' and I needed to stop. One of the younger actresses had complained that she can't act (with me) because I am being cruel to her. I proceeded to ask what I had done and he couldn't say, so I left the meeting and went home.”

TshisaLIVE was unable to get comment from 1 Magic or Tshedza at the time.

An alleged confrontation between Moshidi and one of the producers, led to her being fired from The River just four days before Christmas.
TshisaLIVE
3 years ago

Monday saw Sello Maake Ka-Ncube, who plays Malefu's brother, arrive with bad news. The story was that Malefu, who was in a remote location, had died after several visits to a hospital for treatment of an illness.

Of course, viewers weren't afforded the opportunity to see all this happening. As they watched the episode they were heartbroken about Malefu's death, almost as if they hadn't seen it coming.

Check out some of the reactions to her “second” death.

I don’t appreciate #TheRiver1Magic killing of Malefu as if she would just ignore her children right until death. She was a good mom, she doesn’t deserve to go out like this. pic.twitter.com/ddgXq5Pz4H

Just a few weeks back we were mourning Mbali and today we are mourning Malefu💔😭, what did we do to deserve this? 😭😭💔#TheRiver1Magic pic.twitter.com/Wko2wugt3e

Retweets for this women Malefu she an icon and legend 👏👏 and masters each and every character I stan such talent 👏👏 #TheRiver1Magic pic.twitter.com/rH8Zqvbset

Petition to bring Malefu back to 'The River' gains traction

It's not only her Afrikaans-infused Tswana dialogue that they're going to miss, but the woman is mad talented.
TshisaLIVE
3 years ago