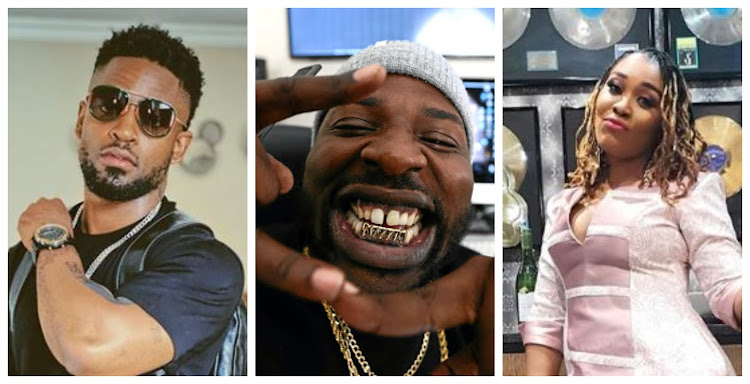 It's been a war of words on the TL since DJ Maphorisa called out Prince Kaybee, Lady Zamar and Mafikizolo for allegedly not owning the masters to their music.

Phori, as the streets fondly call the DJ, took to Twitter to lay down some unsolicited music industry “education”. Everybody knows, largely thanks to Cassper Nyovest's rants, that it is better for an artist to own their masters.

Phori blew his horn by saying he seems to know best when it comes to managing his artists.

do you know wats the difference?
i empower n the world doesn’t.
facts

Kaybee, Zamar and other tweeps had a problem with Maphorisa seemingly puffin' himself up at the expense of other artists. He could have shared the importance of owning your masters without involving other artists, the streets argued.

It seems Phori was set on making a point and knew people would catch feelings, because, well: “Truth hurts and I am about it. I will teach you the real music industry.”

Not one to take peer cyberbullying lightly, Prince Kaybee hit back with a list of income streams he has.

Yes, he may not own his masters, but he set out to prove he's got financial plan A to Z.

Plus, he went on to “politely” correct Phori's grammar.

And we don’t use “their” when referring to individuals, thats one part of ur life that needs empowerment 😊

Lady Zamar wasn't willing to tag anybody in her replies. She just sent a spicy sub-tweet.

Sis is too busy making music to address such things and apparently “empty vessels” make the most noise.

Empty vessels make the most noise... ALL THE TIME😂

Even though Phori knew people would catch feelings, he said he wasn't trying to be malicious. In fact, the hitmaker said he thought his post would inspire the likes of Kaybee to think about finding ways to win their masters.

You know, buy them back like Jay Z did or something. So to Phori, Prince Kaybee missed the point of his free music industry lessons.

U can make fun of me yes iam not good in English at least u can understand wat iam saying,if u say u intelligent why dnt u correct

Most of u guys know English u always broke man

'Mind your own f**ken business': DJ Maphorisa claps back at claims Kabza is a 'drunkard'

Don't come after Maphorisa, he'll put you on check
TshisaLIVE
2 years ago

"If we don’t act now, these apartheid racists will continue to disrespect us"
TshisaLIVE
2 years ago

"We officially opened 2020"
TshisaLIVE
2 years ago

Lady Zamar on being ‘replaced by Sha Sha’: Why can’t women be great on their own?

'Why must there always be someone she is being compared to?'
TshisaLIVE
2 years ago