AKA on Drake comparison: He has never been in a wrestling ring, I have 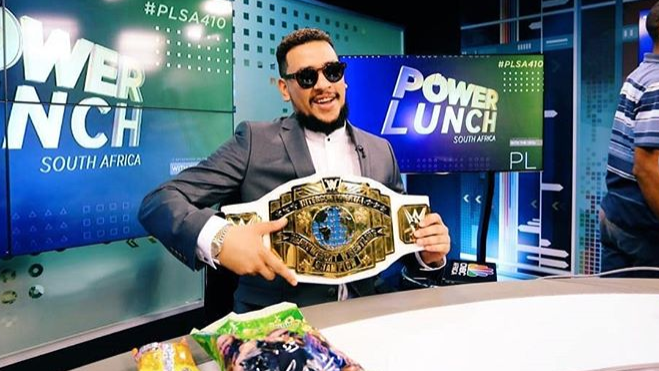 AKA is a massive WWE fan.
Image: AKA's Instagram

Rapper AKA has this WWE thing in an ankle lock and isn't about to let international superstar Drake come and steal his thunder.

Everyone knows that the Supa Mega is borderline obsessed with wrestling, so when fans saw Drake parading about in a WWE title belt, like AKA often does, they smelt trouble.

One fan even went as far as tagging AKA in his prediction that the SA rapper would be fuming at the sight.

“I promise you, AKA is going to lose his sh*t when he see’s this,” the tweep wrote.

As a social media storm brewed, AKA laughed off any comparisons between him and the God's Plan muso, bringing receipts of his love for wrestling.

In case you need reminding, AKA entered the ring during the Johannesburg leg of a WWE South African tour in 2018.

The rapper also signed a deal with Chilewe Brands Global to be their brand and marketing guru. The company makes chips with pictures of WWE stars on the packets.

During an interview on CNBC, AKA said he was excited at the deal and believed the partnership is the perfect fit.

“I'm a big wrestling fan and it's always been a big part of my childhood. So when an opportunity like this came about I really jumped at it.”

Meanwhile, fans were here for AKA's flex and flooded the TLs with memes  in reaction.

Some said he should be angry that Drake was biting his style of walking about with belts, while others asked the WWE to organise a match between Drake and AKA so they can see something.

@WWE can y'all organise a wrestling match @akaworldwide vs @Drake pic.twitter.com/6WWFJquBYN

Lol that was acting ... not in real life pic.twitter.com/Pa33rcz2D9

AKA responds to claims he copied Cassper on latest music video

When the tweep said he actually meant the star was biting Cassper's marketing strategy, AKA ran out of patience.
TshisaLIVE
1 year ago

Parliament is being undermined, says AKA on Sona debate chaos

Five snaps from AKA’s weekend with his 'bae'

Rapper AKA still has the streets guessing
TshisaLIVE
1 year ago

Weeks after a video of him kissing a 'mysterious' woman nearly shut down the internet, AKA has spilt the tea of his split from DJ Zinhle
TshisaLIVE
1 year ago