Pearl Thusi: I was only truly valued as an actress after securing an international gig 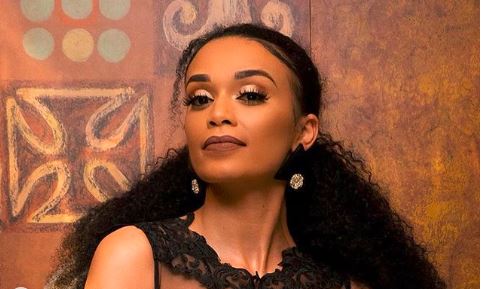 Pearl Thusi says she only found respect as an actress in SA after landing a role in the hit US series 'Quantico'.
Image: Instagram/Pearl Thusi

Actress Pearl Thusi may be one of the country's top actresses, but she says she felt like South Africans only took her seriously after she acted in the US drama series Quantico.

Speaking to Cosmopolitan, Pearl said one of her biggest disappointments was only being valued after securing an international gig.

“It saddens me that the only time I truly became valued as an actor in SA was after I got an international gig,” she said, adding that her disappointment only accelerated her drive to build a more spirited African entertainment industry.

She shared some advice to young actors, who she feels often get a raw deal in the industry.

"I find that younger people are often undermined, and I do not want to be a part of that. I have been where they are now, when you are young and trying to find yourself. I don’t feel older, but I have a lot of experience and it’s my duty to share. I am embracing that.

'So proud of you': Priyanka Chopra gushes over Pearl Thusi

"I may reach 'has-been' status, but you just have to be comfortable with where you are. There are always going to be fresh people coming in. The most important thing is to offer support and remember: indlela ibuzwa kwabaphambili [the journey ahead is guided by those who have travelled it before]."

This is not the first time that Pearl has spoken about her struggles in the industry. In an interview with True Love magazine late last year, Pearl reflected on the constant colourism debate in the industry, saying colonialism and apartheid had led to people “fighting each other”.

“Colonialism and apartheid were successful in their quest, because to this day we're still fighting each other. People aren't ready to have the colourism conversation — and that means listening and not waiting for the next person to finish so you can respond,” she said.

She added that until Mzansi was ready, she'd rather do something tangible about colourism than turn it into a fruitless, trending topic.

Since the release of the trailer of the new Netflix action series Queen Sono at the beginning of this month, Pearl has received overwhelming support from fans and friends worldwide, who can't wait to see her new role in the action-packed series, which is set to premiere on Friday on Netflix.

It tells the story of an unconventional yet kick-ass spy devoted to protecting the people of Africa. During a dangerous field assignment, Queen unknowingly uncovers shocking details about her mother's death, sparking her own truth-finding mission.

Netflix ups the ante with release of SA original series

Pearl Thusi's collaboration with MAC shows the world is her oyster

She's set to make history next week when the show she headlines becomes the first African production to debut globally on streaming service Netflix.
Lifestyle
1 year ago

Mihlali Ndamase on black tax: 'I no longer just work for myself'

'I no longer just work for myself, which motivates me to push harder'
TshisaLIVE
1 year ago