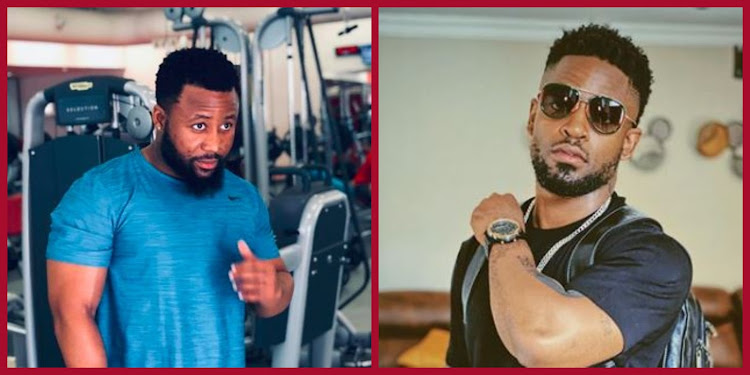 Cassper Nyovest's fans have come out guns blazing after Prince Kaybee dragged their favourite rapper into a fight that they believe didn't involve him to begin with.

DJ Maphorisa left the internet in a meltdown on Monday after he flexed that he had a Masters to his music, while Prince Kaybee and Lady Zamar didn't.

Maphorisa's claims didn't sit well with Kaybee, who hit back at Lawd Porry with receipts of all the major businesses that he owned. Maphorisa told Kaybee to buy his masters with the money he made.

He added that he did have strong arms, alluding to an issue that started Kaybee and Cassper's beef.

Feeling that Maphorisa was heading into the wrong territory, Kaybee said Maphorisa shouldn't drag in any body parts, referencing the time he called Cassper a “shortpan”.

The last time I called someone shortpan they said it was a lowblow, plz lets not focus on the body bfe2😊 https://t.co/e6eEXUv4CZ

Kaybee's clapback didn't sit well with Cassper, who said Kaybee was “obsessed” with him.

You're so obsessed with me my dawg. Lol... Like it's worrying. Im just living my life nje tryna push and 2 minutes , 2 minutes o bua ka nna. Kante ke eng sese kana kana Kabelo? While you're out there thinking of me, please stream my new single : https://t.co/JqFTk2qZZo https://t.co/HCACmtCTTq

Cassper's fans also came to his defence, saying that Kaybee was wrong to drag their fave into matters that didn't involve him.

I'd also be obsessed about you if I looked up to you.

Cassper this, Cassper that, meanwhile pic.twitter.com/aPycjjAJcc

Cassper Nyovest: Pop Smoke was just about to shake the room

I used to tell people I am a cop — Cassper Nyovest

Imagine Cassper pulling you over ko Braams?
TshisaLIVE
2 years ago