Cassper on Prince Kaybee fight: I don’t need to prove anything, I own my masters 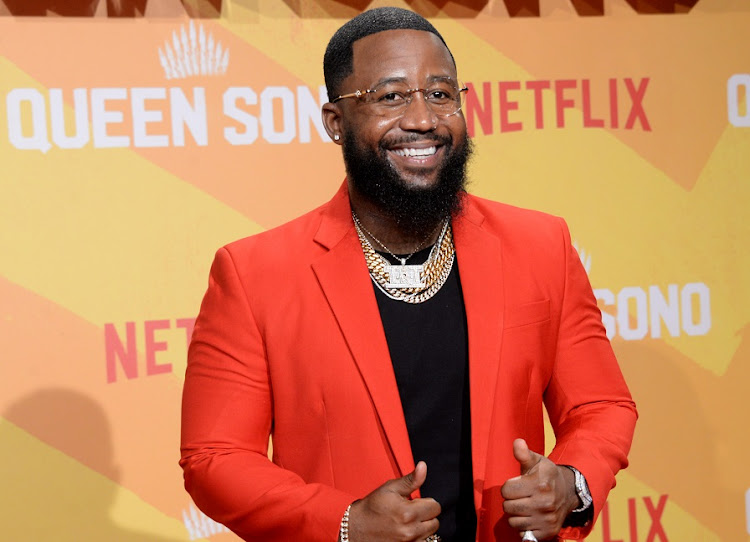 Cassper Nyovest has BEEN on that masters tip.
Image: Gallo Images/Oupa Bopape

Cassper Nyovest has taken a swipe at his rivals, including Prince Kaybee, telling TshisaLIVE that he has nothing to prove in the debate around musicians owning their masters.

DJ Maphorisa had the streets in lockdown mode and several musicians deep in their feels earlier this week when he took to Twitter to claim that Prince Kaybee, Lady Zamar and Mafikizolo don't own the masters to their music.

Kaybee hit back, starting a twar that has raged for much of the week. At one point even Cassper was brought into the fray, with Kaybee sending shade his way.

It looks like the beef between Cassper Nyovest and Prince Kaybee is not about to end any time soon!
TshisaLIVE
1 year ago

Speaking to TshisaLIVE at the premiere of Netflix's first African original series Queen Sono on Thursday night, Cassper explained that he didn't get involved in the debate until he was fetched, because he had nothing to prove.

“I have owned my own masters since my first album. It is important because it is like intellectual property. We spend so much time making music and creating these products. Artists didn't know and big record companies would own their masters. Michael Jackson and them had to buy their masters back.

“Only now in SA people are starting to wake up to that conversation. Fortunately we did our research before and I own all my own music, unlike some people.”

Cassper said he was not surprised that Kaybee had name dropped him.

“I don't really care any more. Social media is crazy. I say what I say, push my stuff and keep it moving.”

And in case anyone needed to hear the sermon again, Cassper repeated his credentials on social media.

Nope. Owned all my masters from my very first album, up until now!!!! I own all my music!!! Came inda game a boss!!!! Im #GoodForThat https://t.co/QMpqCV5NUV

Cassper and Prince Kaybee's beef first ignited last year over the size of their muscles.

It was reignited several months later when Prince Kaybee took a jab at Cassper's Fill Up Royal Bafokeng concert, saying he would not perform at the show because his “guns were too big”.

It looks like the beef between Cassper Nyovest and Prince Kaybee is not about to end any time soon!
TshisaLIVE
1 year ago

'Truth hurts and I am about it.' That's Phori's story and he's sticking to it!
TshisaLIVE
1 year ago

"Like for instance a lot of people don't know that after all that weird stuff he does, he then calls my manager asking for a feature... man, that's ...
TshisaLIVE
1 year ago