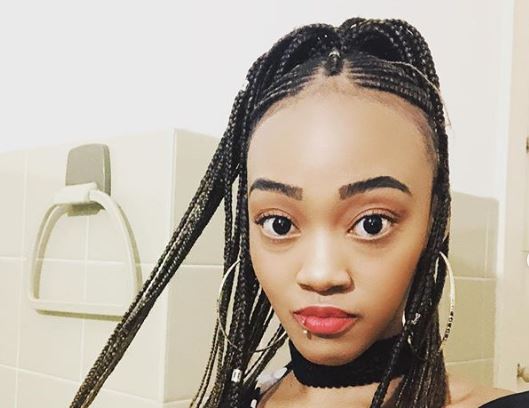 Yhu! This week was a spicy one, with several big celeb stories which ended up dominating headlines, so we had Pabee Moganedi in to help us dissect it all.

Known for her sass on screen and off, actress Pabee didn't hold back her thoughts on some of the spiciest topics in celebville.

Some of those we discussed were DJ Maphorisa owning his masters, Penny Lebyane calling out Boy Mamabolo for using gender-based violence to score political points and Bonang being dragged into Zinhle and AKA's break-up.

LISTEN TO HER THOUGHTS:

We also chatted about Simphiwe Dana slamming Mzansi Magic's polygamy-themed reality show Mnakwethu and Boity on wanting to be a mother.

DJ Maphorisa left the internet in a meltdown on Monday after he flexed that he owned the masters to his music, while Prince Kaybee and Lady Zamar allegedly didn't.

Maphorisa's claims didn't sit well with Kaybee, who hit back at Lawd Porry with receipts of all his success stories and the major businesses that he owned.

Penny made it clear she did not approve of the stunt Boy pulled in parliament.

Fans call for Bonang and Zinhle to become friends

While rapper AKA is getting the streets hot with his love for his “new bae”, social media is calling for his former girlfriends, DJ Zinhle and Bonang Matheba, to become friends.

A user also suggested Bonang make the first move, but moghel was not about that mess.

Simphiwe Dana joined the escalating number of Mnakwethu viewers who have bashed the show for “misrepresenting and distorting” the traditions around polygamy.

Boity yearns to become a mom

TV personality Boity's five-year plan involves having kids and she shared that she couldn't wait to be a mom.

Oh lawd! Did The Queen's Mamiki come back as a snake?

So we haven't seen the last of Mamiki?
TshisaLIVE
3 years ago