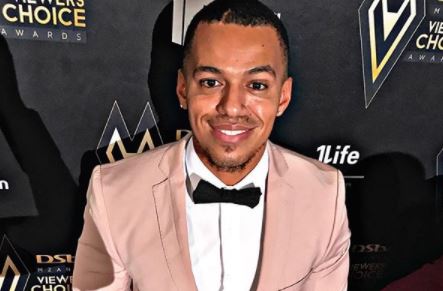 Actor Cedric Fourie says he'll always be an ally to the LGBTQI+ community.
Image: Via Instagram

Skeem Saam actor Cedric Fourie said he will never apologise for advocating for the LGBTQI+ community and that the way he sees it, homophobia is the work of the devil!

The actor recently clapped back at people on social media who made assumptions about his sexual orientation based on social media posts. He said he is fed up with people wanting to dictate who he can advocate for and why.

Speaking to TshisaLIVE, Cedric explained where his passion to advocate for the LGBTQI+ stemmed from.

LISTEN TO HIS THOUGHTS:

“I want to be an ally of those who can't speak for themselves yet. Be a voice for those who are being hurt. Within my family, I've got a gay cousin and a gay brother, and so I've seen how people treat gay people and lesbians. I understand that homophobia really is the devil's work. So what do I do as a straight man in society who has inherited patriarchal privileges? You help those who cannot help themselves. It is what you do with the privilege that really counts.”

Cedric said he will never sit back and watch while the people he cares about continue to be mistreated. He added that as long as society is unwilling to listen to LGBTQI+ community members, he will offer his voice whenever he can, until things change.

If you gonna come for Cedric, get your facts straight!
TshisaLIVE
2 years ago