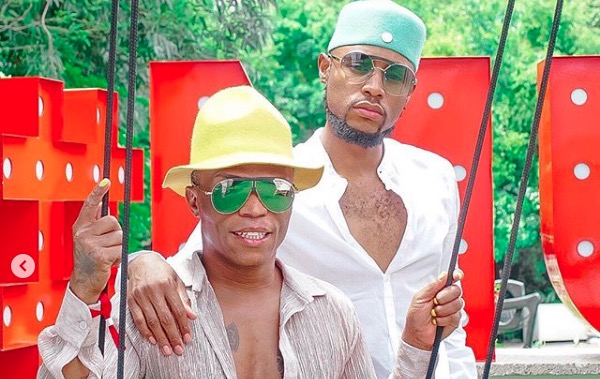 The second episode of Somizi and Mohale's reality show has revealed more extravagant details behind the preparation for their luxurious white wedding, which took place last month.

Since the premiere of Somizi & Mohale: The Union on Showmax last Monday, fans have been on a journey to see their faves walk down the aisle at their wedding.

During their preparations, Somizi and Mohale sipped champagne at a hotel in Sandton, Gauteng, while viewing wedding rings worth up to R2.9-million.

With a microscope at hand and a calculator in the other, the couple chose the best diamond suited for them.

“I love two types of stones, yellow diamond and tanzanite,” Somizi said as he explained that Mohale gravitated more towards rose gold.

With figures being thrown around as they reviewed more diamonds, Somizi and Mohale were mesmerized by a R2.9m diamond they quickly snapped up.

As tiring as prepping for a wedding can be, Somizi and Mohale then met up with designer extraordinaire Gert-Johan Coetzee, and revealed that he had two weeks to do Somizi's outfit.

“We are at Gert-Johan Coetzee for my first fitting for the white wedding. I decided to go alone because we decided that for this one, let's not do fittings together because we wanted to see each other's outfits on the wedding day.”

The couple also reached out to President Cyril Ramaphosa to invite him to their wedding.

“We would really love for the president to arrive or be present at the wedding, not for us but to send the message to the entire continent and the world that it does not take anything away from having a president who treats and sees everyone for who they are.”

"You should learn to relax and trust me. I know what I am doing."
TshisaLIVE
1 year ago

'We expected Somhale to do well, but the response was even bigger than we’d hoped'
TshisaLIVE
1 year ago

Celeb designer on what Somhale's wedding outfits say about them