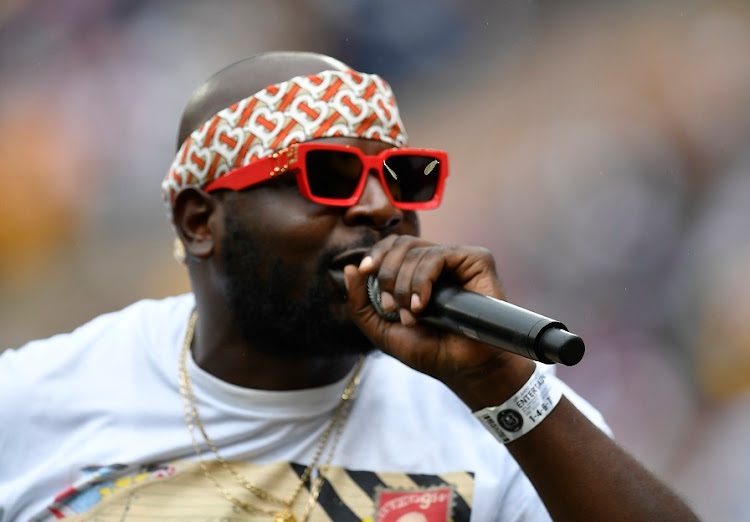 DJ Maphorisa found a way to capitalise on the Twitter #Nokuthula trend, and while not everyone seemed happy about it, he's explained that he's looking to use the music to help Nokuthula's family.

In another episode of “uniquely Mzansi” humour, the country turned a woman's pain into a “joke” which went viral and eventually turned into a remix of Maphorisa's hit single Phoyisa.

The now-popular mama was introduced to Mzansi through the latest episode of SABC 1 investigative journalism show Cutting Edge.

The DJ then took to Twitter to tell followers that if they retweeted the song, he would match every RT with one rand and donate the money to Nokuthula's family.

“The number of retweets I get from this tweet will amount to the money I give to Nokuthula’s family ... so one retweet = R1.”

While some embraced the idea, others said that it was insensitive to use a women's pain to get retweets.

Answering the negative criticism, Phori explained that he was just trying to help out the best way he knew how.

“I hope it reaches 1 million retweets, Sauta made it a joke, now we gonna do it together to help Nokuthula’s family. Music changed my life, maybe it can change the lives of others too,” Maphorisa said.

I hope it reaches 1 million retweets, Sauta made it a joke,now we gonna do it together to help Nokuthula’s family 🙏🏾❤️ Music changed my life, Maybe it can change the lives of others too🚀 #Nokuthula https://t.co/LFyd73SDxn

Nokuthula was presumed dead after leaving her home back in 2016 for Cape Town but, as it turns out, she's alive and well. This would have been just a happy reunion if Nokuthula's mom hadn't identified a now-unknown corpse as Nokuthula's and buried it, thinking it was her daughter.

It was the mother's reaction when she saw Nokuthula that went viral.

Here's the video clip that went viral, as Cutting Edge teased the episode.

And this is the “filled with Mzansi's lack of chill flavour” version.

They were just two minutes away from making the actors sing 'Hamba no Maphorisa!'
TshisaLIVE
1 year ago

'You're being stupid' - Inside Maphorisa and Jackie Phamotse's spicy exchange

Phori got slammed for his clapback.
TshisaLIVE
1 year ago

WATCH | AKA falls after trying to crowd surf at a 'groove'!

It was a mega fall...
TshisaLIVE
1 year ago