Keke Mphuthi: Being a mom is the best thing that ever happened to me 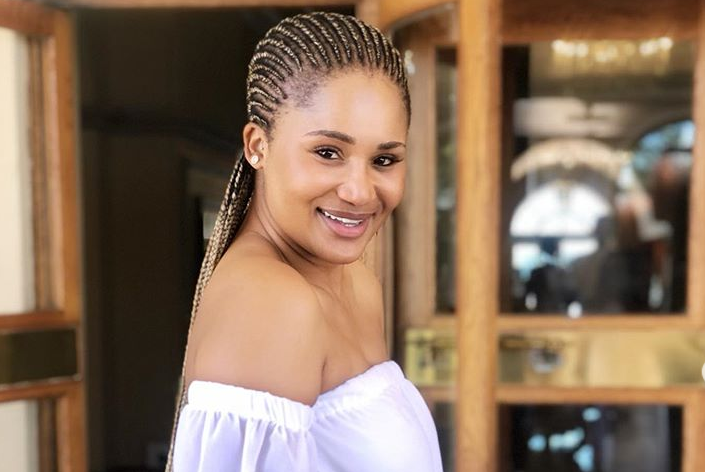 Actress Keke Mphuthi is not worried about being 'blacklisted' in the acting industry.
Image: Instagram/Keke Mphuthi

Relatively new mom and actress Keke Mphuthi has applauded fellow actress Gabisile Tshabalala for her #SoWhatImPregnant campaign, which advocates for the rights of pregnant women in the workplace.

Keke told TshisaLIVE that the campaign was close to her heart, because she herself had allegedly gone through a “discriminatory” experience at her previous workplace. In a fiery Twitter thread in 2019, Keke detailed alleged mistreatment by Ferguson Films, something she experienced while she was pregnant with her son.

“This was a very brave move of hers, I applaud her and I am for it ... It's very disheartening that as a woman, you have to put yourself a step or two down from what a man is or does in our industry. It is disheartening because we are bearers of fruit and it is natural. Being pregnant is neither a sin or taboo, so I am proud of Gabi for standing up and helping others find their voices as well.”

While she chose not to comment extensively on the legalities that were involved in her situation with the Fergusons, she said that she wasn't the kind of person to hold grudges and that her career was in nobody's hands but God.

“At this point in time, I feel like God knows best and the productions that would like to work with me, I would like to work with them. Those that feel that my coming out was a sign of malicious intent towards the Fergusons, that is not the case. I do not have anything against them any more and I don't hold grudges. I guess they did what they felt was best at that point in time,” she told TshisaLIVE.

Speaking on the allegations at the time, the Fergusons said they would deal with the matter legally. However, their lawyer Brendan de Kooker told TshisaLIVE that the actress wasn't served as he advised his clients that their rights were still reserved and that any legal action would occur only if there was ever a development in the situation that called for it.

Keke starred in two Ferguson films productions, The Throne and Unmarried, and took to Twitter to share her own experiences with the company.
TshisaLIVE
1 year ago

Keke added that being a mother was the best thing that ever happened to her.

“Being a mom has been the greatest duty to God and in my life ever. I would not have traded the way in which I found out about my pregnancy, the way my child was conceived or the way in which he came into the world and the aftermath (thereof) for anything. For my child, I am willing to go into this fiery pit once more.

The actress is a great believer that God does what he does and there's nothing anybody can do about it. Her latest work can be seen on Lloyiso's music video for the song Intliziyo featuring Langa Mavuso, where she plays the leading role of a woman whose heart is left shattered by her husband's sudden death.

Watch her in her element below ... Do grab some tissues, it will leave you in your feels.

Keke Mphuthi on being a mom: I’d do it all over again just for you

Keke Mphuthi's little prince made his grand entry into the world recently.
TshisaLIVE
2 years ago

Actress Keke Mphuthi on expecting: 'It's my biggest blessing'

And she made the announcement covered in donuts!
TshisaLIVE
2 years ago