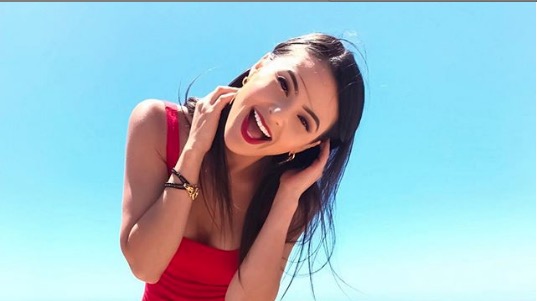 This week was a tad extra, with several big celeb stories hogging the headlines, so TshisaLIVE had to bring media personality Lalla Hirayama into the studio to help us dissect it all.

With a successful 16-year career in TV presenting, Lalla dropped a few gems on what her thoughts were regarding some of the spiciest topics in celebville.

Some of those we discussed were Prince Kaybee defending DJ Zinhle against body shamers, Mpho Letsholonyane “hurt” after alleged racial profiling at Dis-Chem, and Simz Ngema: “If you are pretty, people think you are shallow."

LISTEN TO HER THOUGHTS:

We also chatted about celebs and social media users slamming Reyn du Preez’s apology for the groping video and Cassper on SA celebs being hated: “I pray for a better day, I wish us healing."

Social media can breed trolls who'd do anything for clout and one such troll came for DJ Zinhle's post-baby stomach and labelled it the reason AKA “left” her. When Prince Kaybee saw this, he told the troll exactly where to get off.

Kaybee was having none of it and clapped back at the troll, saying Zinhle must just brush it off and keep slaying.

Sport presenter Mpho Letsholonyane said she was allegedly racially profiled while shopping at a Dis-Chem store in Dainfern on Wednesday morning.

Taking to Twitter, Mpho said, “When you have two women with full trolleys, one black, one white, both walk into a store and you hear a person in the control room tell the security on the floor to keep an eye on the black woman because clearly she must be there with ill intentions since she walked in with a full trolley!”

Simz Ngema on being pretty being a curse

Actress Simz Ngema has shared her thoughts on the other side of “pretty privilege” in the entertainment industry, saying she had to work twice as hard for people not to think she was shallow.

She shared her thoughts in an interview for the upcoming Tropika: Island of Treasure show, saying in her career, the biggest challenge she'd faced was the need to constantly prove her capabilities.

Some of SA's biggest stars and social media users took to Twitter and Instagram on Tuesday and addressed their frustration at the apology that model Reyn Du Preez, who was caught on camera “inappropriately touching” a Cape Town waitress, released earlier this week.

Reyn issued the apology on his Instagram account after the waitress, Sarah Belgarion van Niekerk, shared her ordeal on her social media platforms.

“I am ashamed of how I acted and can only imagine how that made Sarah feel. It was a moment of bad character under the influence of alcohol and I truly did not mean to belittle her or make her feel violated,” said Reyn.

Rapper Cassper Nyovest feels the trend of treating celebrities badly is unnecessary and needs to stop.

Cassper spoke out about the treatment celebrities get on Twitter recently, sharing his confusion about why people hate them.

In a tweet, Cassper said: “The hate y'all have for South African celebrities is beyond me. Hehehe, lare go diragalang?”

Dineo Langa reminds Mzansi to be cautious after witnessing a robbery

Dineo was shaken by the incident
TshisaLIVE
2 years ago

Here's which local A-listers stood out for their fashion choices.
Lifestyle
2 years ago

Lalla is out here doing the most.
TshisaLIVE
3 years ago