Connie Ferguson’s daughter, Lesedi Matsunyane, wants to make it on her own

'I’m not in their shadow. I’m shining my own light and walking down the same path simultaneously' 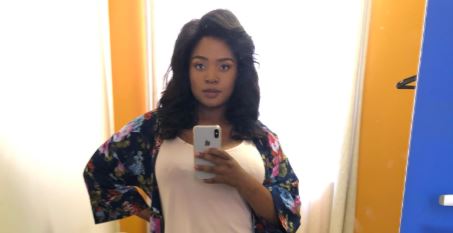 When she's not working hard at the gym with fitness mother Connie Ferguson, Lesedi Matsunyane is on the set of eTV's Rhythm City.

Lesedi made her debut in Tuesday night's episode of the soapie, playing the role of an African-American 20-year-old called Davina Moore, who learns the ins and outs of Joburg culture.

Speaking to TshisaLIVE, Lesedi said her acting career was “slowly but surely” making strides after almost a decade.

“This industry is not a basket of roses. Rhythm City is a big deal to me because of its platform and its reach to the South African audience, especially the youth. It also came at a time when I had taken a hiatus to focus on casting, so it reaffirmed to me that I’ve still got it.”

Though she's the daughter of “well-known and connected” parents, Lesedi rubbished suggestions that she got ahead in the game because of them.

“Funny enough, even though there will always be nepotism claims, I’ve definitely built up a repertoire where, even though my families are linked, my craft still speaks for itself. That in itself is a blessing.”

She added: “I’m not in their shadow. I’m shining my own light and walking down the same path simultaneously. I’d like to think I’m adding to the lineage rather than being shadowed by it.”

Talking about her ambitions, Lesedi said she'd love to do more work in front of the camera, as a huge goal for her was to be in international productions, as well as Netflix series.

“Universe, hear me now,” she laughed.

Lesedi made her debut in The Queen last year. She graduated with a BA in Live Performance from Afda.

"I greet you in the name of I can fit into jeans I haven't worn in two years."
TshisaLIVE
1 year ago

Life golden for couple this side of the camera

Celebrity power couple Connie and Shona Ferguson are riding a wave of success in the entertainment industry, but at home they are simply "Mom and ...
Lifestyle
4 years ago

They were just two minutes away from making the actors sing 'Hamba no Maphorisa!'
TshisaLIVE
1 year ago
Next Article