WATCH | LMAO! Carpo choking on cinnamon has Mzansi in stitches

'This guy is funny without even trying!' 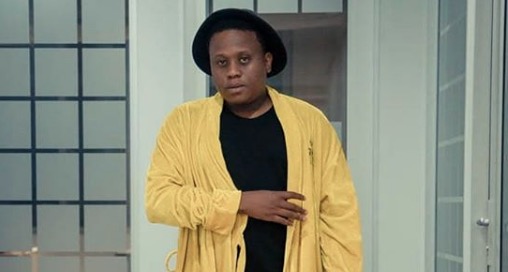 Carpo choking on a mouthful of cinnamon is the funniest thing we've seen in a while!
Image: Instagram/ Papa Action Lifestyle

Mzansi is having a hell of a week as a video of Carpo choking on cinnamon keeps doing the rounds on social media.

The video, which has now turned into a hilarious meme, shows Carpo taking a spoon of cinnamon during The Take Off.

An eager Carpo then tried to swallow the cinnamon, but everyone knows what happens when you try to keep in the potent powder, right?

me trying to swallow my pride. pic.twitter.com/AQ6OFfkRDz

Here are the reactions to Carpo's reaction to eating cinnamon:

😂🤣😂😭 Reminds me of this episode pic.twitter.com/jwnLybI78o

The first 1 took me out pic.twitter.com/TF6EHnKo6D

This video still manages to crack me up even today😂😂😂

This guy is funny without even trying 🤣🤣

Of course this isn't the first time that Carpo has had social media chuckling with his hilarious tendencies.

Earlier this month, a video of him holding a snake left people in stitches - all in the name of facing his biggest fears. Carpo decided to take up the challenge of letting a snake hang around his shoulders and his reaction got social media into a frenzy.

This is legit the funniest shit i have watched all year!!!! It's killing me!!!! Hahaha!!!! Tswada!!!! This is better than the #GoodForThatChallenge pic.twitter.com/zIVe3AG8Yl

Cassper and Carpo's bromance is one for the books, these #tbt's are proof!
TshisaLIVE
3 years ago