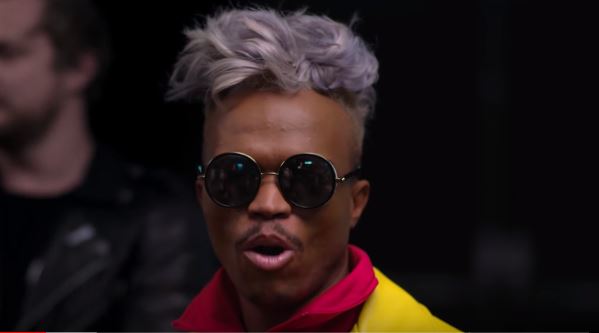 We all knew Somizi could dance, but what we didn't know was that the media personality had such smooth moves - not unlike the late "king of pop", Michael Jackson.

Known as the life of the party who can light up a room with his presence, SomG shared videos of himself flexing his dance moves while in the studio at Metro FM.

While some peeps had to take a second look whether it really was Somizi dancing, the rest of us were left in awe at how talented he is.

I mean, cava this video:

@leratokganyago such a hype lady

We don't just listen we play @metrofmsa we dance to it as well.....but shout out to my hype lady @leratokganyago

Somizi has every reason to celebrate since tying the knot to his bae Mohale in January.

With their traditional wedding finally hitting Showmax last week, fans got to see the couple's journey to their big day in parts one and two of Somizi & Mohale: The Union.

But Somhale are such flex goals, money goals and bae goals, hey!
TshisaLIVE
2 years ago

"You should learn to relax and trust me. I know what I am doing."
TshisaLIVE
2 years ago

Mmm, the sweet smell of celebs (thanks to Gert-Johan Coetzee’s first fragrance)

Want to get a whiff of one of the land’s top celeb fashion designers?Now you can, with the release of Gert-Johan Coetzee’s first fragrance.
Lifestyle
2 years ago