All you need is the dash! Kelly Khumalo milks her Controvesy with gin 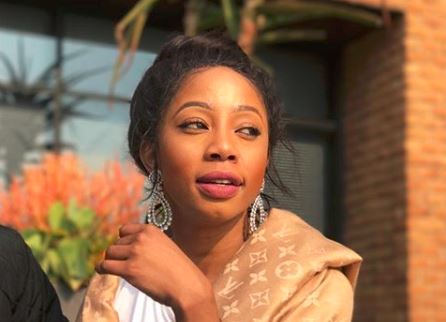 Songstress Kelly Khumalo has joined the likes of Micasa's J'Something and Khanyi Mbau, who are in the business of making gin. However, not only is it called Controversy, but tweeps could already tell it would taste like controversy, too.

For only R268 at Makro stores, Kelly's bottle of gin will introduce you to the taste of controversy, she revealed on Instagram.

"I just made Controversy taste good! I am excited to introduce the new Controversy Gin By Kelly Khumalo available exclusively online for pre-order at Makro SA," she announced with excitement.

In another post, Kelly said the gin is exclusive to Makro South Africa until 3 April, then it will be available at several other stores across the country.

Kelly said she had been working on the product for months with an "amazing" team and that she couldn't wait for South Africans to get a taste. Rocking the regal colour purple, the beverage has Kelly's name written in italics and a diamond drawn just above it.

The word  Controversy is written in big and bold letters, just like Kelly's name has made several controversial headlines over the years.

We dare you to be untamed. Do you and do best. Get Controversy Gin exclusively @makro_sa. Pre-order online link in bio.

Kelly left religious folk in a fit this past weekend when she posted a racy bathtub snap just hours after she introduced the world to her new alcohol range.

In the wake of her upcoming gospel concert, I Look To You, some of her "Christian" followers caught feelings as they felt the singer was "ill representing" their religion.

However, Mzansi won't look past the fact that sis is making money moves and she received congratulatory messages on her TL. Wanda Baloyi, Thickleeyonce, and Moneoa were among the celebs who congratulated her.

Yep she has just made Controversy taste good. The new Controversy Gin by Kelly Khumalo is available exclusively online for pre-order at @makro_sa #Controversy #ContraSilla… https://t.co/tungbV42qi

😂😂😂😂😂 and then blame it on CONTROVERSY https://t.co/pYYmdWxOYc

After an alleged ambush, Zandie is ready to cut Kelly from her life
TshisaLIVE
2 years ago

Kelly K hits back at 'is she still on drugs' dig: They are from Satan

Kelly went in on the haters
TshisaLIVE
2 years ago