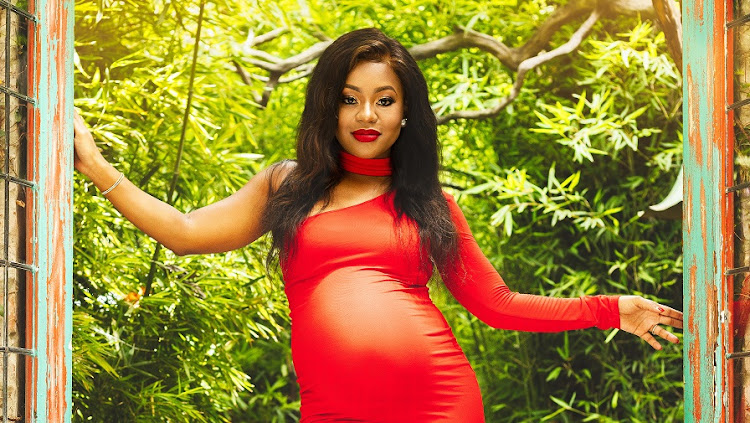 Actress Gabisile Tshabalala may have had a bad experience when her first pregnancy allegedly cost her her job, but she's revealed that with baby number two she wasn't scared to let her bosses know because she's "grown some balls" since 2015.

The actress told TshisaLIVE she wanted to use her pregnancy, her personal story and her influence to ignite a much needed conversation around the treatment of pregnant women in the workplace.

Luckily for Gabi, who is currently a host on Moja Love's TMI, her current work space allowed for a far smoother conversation when she told them she was expecting.

“This time was very different from the first time. I think I grew some courage over the years and I was just like, ‘yes, I love my job and I would love to keep my job but if my pregnancy is an issue, I will be fine without this job'. Luckily, it was easier to talk to my bosses. I’ve been in the industry for 11 years so I can compare the treatment,” she said.

Her viral #SoWhatImPregnant campaign was fueled by her personal experience of discriminatory treatment back in 2015. Gabi played the role of Gontse on the e.tv soap opera Scandal! from 2011, But in 2015 things began to get a bit awkward just before she found out  her contract would be terminated and her boss knew she was pregnant.

TshisaLIVE reached out to e.tv Scandal! for a comment, but they had not responded at the time of publishing this article.

The actress said she hoped the debate around the campaign would bring actual change because as it stands, the powers-that-be never explicitly fire women for being pregnant. She said they sometimes resorted to  subtle discrimination to get rid of the women.

The acting industry, in particular, made it harder for women to speak out against injustices for fear of being “blacklisted”. Tshabalala said she knew of many other actresses who went through similar and worse ordeals but feared that speaking up would mean they never work again.

“Initially I just wanted to have a unique pregnancy reveal, but as I reflected on what has happened to me in the past, I realised  I could do something that would help other women speak up, and perhaps together we could spark a conversation that could lead to a positive change.”

“You are pregnant and you are powerful. You are bold and you are beautiful. Go forward in your boldness, in your beauty and in your contentedness. Trust your body to birth and know that the collective power of women worldwide will be with you.” #sowhatimpregnant #TheHolyOneWhoTakesOver #holyglow #momanddaughter waiting dor the king to arrive😎😍 @sanchia08

Cici is expecting a bundle of joy!
TshisaLIVE
1 year ago

These celebrity pregnancies had us in our feels!
TshisaLIVE
2 years ago

Keke Mphuthi: Being a mom is the best thing that ever happened to me

Why the hell are the men quiet?
TshisaLIVE
1 year ago