Lerato Sengadi: Black widows have been treated in the most vile, inhuman and degrading way 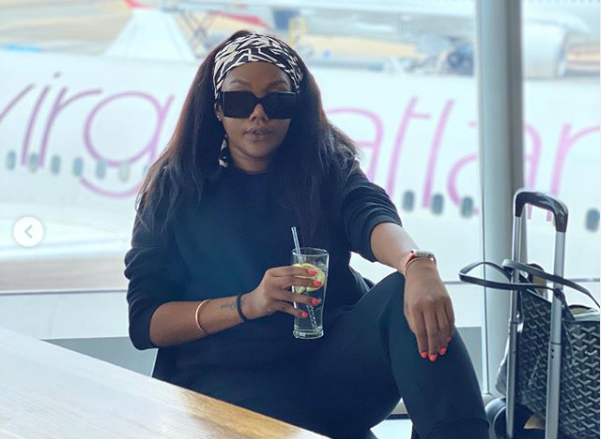 It's been 18 months since Jabulani 'HHP' Tsambo took his own life, but his widow and well-known publicist Lerato Sengadi is still fighting to be recognised as his wife, according to customary law.

Despite the pain she's been going through, Lerato recently told Eusebius McKaiser on 702 that she's glad to be a catalyst for black widows because of the conversations her situation has sparked.

“These are conversations that are important and if I am a catalyst to those conversations happening then so be it. Black widows have been treated in the most vile, inhuman and degrading way once their partner passes for decades. I don't think there's one black woman who doesn't know of another black woman who has gone through this. This conversation is important because at some point we have to say enough is enough,” she said.

Lerato's status as HHP's wife was questioned by the rapper's family immediately after he died.

Lerato approached the South Gauteng High Court in October 2018, after HHP's family tried to deny her rights as his customary wife. The court ruled in Lerato's favour at the time, however,  HHP's father Robert Tsambo brought an application against Lerato in the Supreme Court of Appeal on March 6.

Commenting on the case, Tsambo family spokesperson Nkululeko Ncana told TshisaLIVE that the family trusted that the judges would deliver a just and fair decision.

“The SCA has reserved judgment. The SCA bench heard arguments related to the matter. We are indebted to our courts and trust that the honourable judges will deliver a just and fair decision,” he said.

Listen to the full interview below.

Lerato Sengadi on HHP's suicide: We need to have that conversation

"It's not alleged - that is what happened as a result of mental illness."
TshisaLIVE
1 year ago

'Do you think this would have happened if I was in control?'
TshisaLIVE
1 year ago

Lerato Sengadi and friends remember HHP a year after his death

"I didn't just lose a hero and mentor but a brother."
TshisaLIVE
1 year ago

Lerato Sengadi celebrates HHP: 'I miss you deeply but today I celebrate'