'Isidingo’s' Papa G, aka Darlington Michaels, on landing the role & the soapie ending 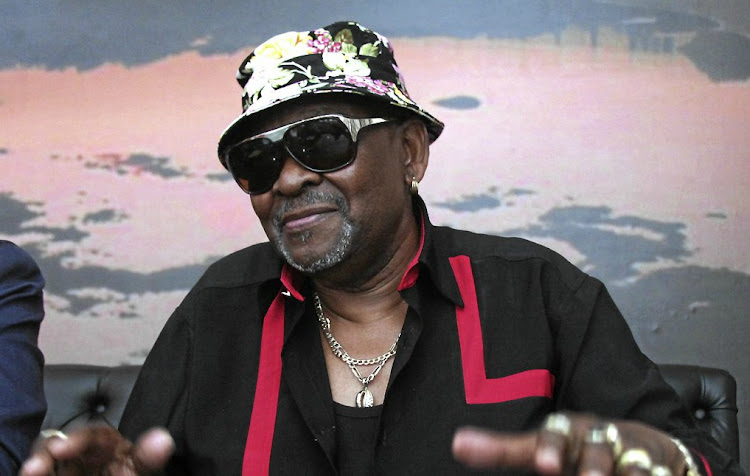 Known to many as the infamous Georgie “Papa G” Zamdela on one of Mzansi's most loved soapies, Isidingo, veteran actor Darlington Michaels has reflected on how he landed the role and how he felt about the soapie coming to an end.

Thursday night saw the airing of the last episode of Isidingo after 21 years on TV screens. While many flooded social media TLs to express their sadness about the show ending, some were thrilled to hear Papa G's voice on Metro FM's The Morning Flava breakfast show on Friday morning.

Taking us back to the early days of the soapie, Darlington explained that he auditioned for the role five times before he got it and had to make means to get to the final audition.

“When I went for an audition, I went dressed in the swag that Papa G is known for ... little did I know I was impressing the producers with my look. It was 50 people who came to audition for the role and it boiled down to seven at the final one. Only to be told I got the role. Georgie Zamdela was just a piece of paper and Darlington was the one who gave him the swag and the lingo.”

With the show coming to an end on Thursday, the veteran actor expressed how sad he felt, while he believed scriptwriters not linking the story to past storylines could have hastened its ending.

“Ja, it's so sad, it is really so sad but anyway, it had to ... I say that because I just feel like they lost direction. Isidingo had, I don't know, maybe it was because of different writers that are here.”

Darlington also spoke about how being paid less led him to make a “sudden” exit from the show in 2016, only for him to return after an “OK” settlement with the producers of the soapie.

Darlington was not the only one to reflect on good times with the soapie, as actor Jack Devnarain told the Sunday Times that playing Rajesh Kumar for 15 years was one of his most memorable roles.

Jack reflected on one scene that will forever be etched in his mind where a curtain caught fire during filming.

“It was when Rajesh was in a love scene with Hemali Moodliar [played by Krijay Govender]. It was a very romantic scene, with candles and long curtain drawings around the bed, but it was a lengthy dialogue scene.”

Actress Simz Ngema shared an emotional tribute on Instagram, saying how she learnt a lot from her castmates.

“I am blessed to have been part of this show. Pumla Hopa, you’ve taught me that you can be a woman and be just as good [if not better] a leader in this male-dominated industry.

“You just have to do it your way. You did it with power, class, grace and gentleness of a mother. Isidingo felt like home because you built that home. I will forever be grateful to have been part of this show. Isidingo cast and crew, you made magic, on and off-screen. Take a bow.”

I am blessed to have been part of this show. @pumlahopa you’ve taught me that you can be a woman and be just as good (if not better) a leader in this male dominated industry. You just have to do it your way. You did it with power, class, grace and gentleness of a mother. @isidingo_ felt like home because you built that home. I will forever be grateful to have been part of this show. @isidingo_ cast and crew, you made magic, on and off screen. Take a bow.❤️ #lastepisode #Singabantubasetv 📺📺📺

It seems like veteran actor Darlington Michaels and Isidingo big-wigs have worked out their differences, after the actor quit amid controversy last ...
TshisaLIVE
5 years ago

Following reports by Sunday papers that Bob Mabena is allegedly cheating on his wife with a woman who claims that he is a ''stingy blesser,'' the ...
TshisaLIVE
5 years ago

Mama Panther, Queen: Pearl Thusi's a force to be reckoned with

Pearl Thusi, nicknamed Mamma Panther, is now playing Queen Sono in a Netflix series, a high point in a career that still fills her with wonder.
Opinion & Analysis
1 year ago