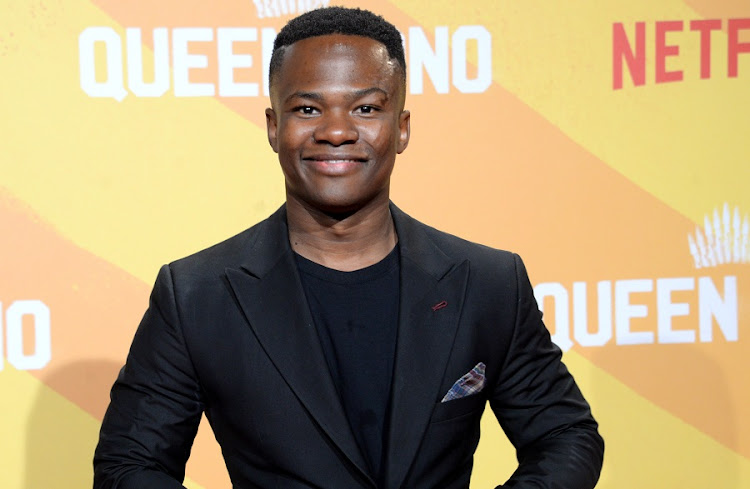 Loyiso Madinga hopes that creatives are busy planning a biopic about American boxing legend Mike Tyson because he has his sights set on playing the champ.

As funny as that sounds, Loyiso truly believes that he's going to play the boxing champ one day and we just need to watch this space when he does.

The comedian took to Instagram and shared his “lifelong” dream through a skit on the reasons why he should play Tyson.

Fresh from playing his role on Netflix's Queen Sono, Loyiso shared that he was well on his way to becoming a “serious” actor.

Loyiso started the video off by saying, “So, I am going to be playing Mike Tyson in his upcoming biopic, Becoming Tyson.”

Suddenly actress Pearl Thusi appeared in the video laughing at Loyiso's suggestion that he was going to play the boxing champ.

Undeterred by Pearl's giggles, Loyiso continued to explain that he was on his way to being a real actor.

“I could seriously play Mike Tyson ... I mean, you can always find something to make it work. For instance, Mike is 1.78 metres tall and I am ... not. And, my acting experience can be described as limited.

“My Mike Tyson impersonation can currently be described as, 'Only fit for comedic purposes'.”

As unconvincing as his suggestion sounds, Loyiso explained that he was very ready.

“Just hear me out, I believe that you need to be ready for the opportunity before it presents itself. So, if they do make a Mike Tyson biopic I will be the only person in the world who's ready to take the role of the baddest motherf*cker that ever did live.”

He then said after playing Mike he would be “up there” with the likes of Denzel Washington, Maron Coulthard and Don Cheadle.”

Lol, watch the video, it's hilarious.

I’m playing Mike Tyson in an upcoming movie. Maybe you don’t see it now but I think all I need is just a little time. Don’t be a non-believer like @pearlthusi The dream team of @backintoday on the 🎥 and editing with music provided @silasbeats

'The Daily Show’s' Loyiso Madinga is slaying at this actor thing: It was always part of the plan

"Loyiso for 'Generations'? It could happen, fam"
TshisaLIVE
1 year ago

Pearl Thusi stars as Queen Sono in the series.
TshisaLIVE
1 year ago

Pearl Thusi says 'Queen Sono' could be the key to #OpenTheIndustry

The show only has six episodes.
TshisaLIVE
1 year ago