Skhandi Kid on the dry season in his acting life: I'm not with any show 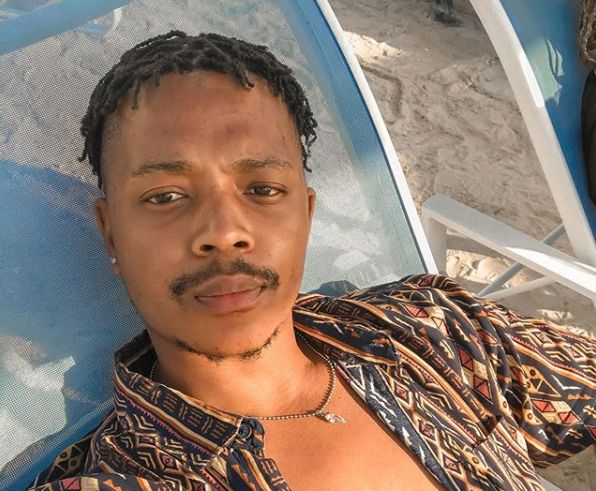 Skeem Saam actor and musician Mlungisi "Skhandi Kid" Mathe is nurturing his other passions to get him through the dry season he's currently going through on the acting front.

Speaking to TshisaLIVE, the actor said at the moment he was not on any show, and was hoping something would come up.

"Nothing much has been happening . I haven't been doing anything in terms of my acting career. I'm not with any show at the moment so I'm just busy with myself, busy nursing my calling and music.

"The thing is this is a very hard industry, very unpredictable. You don't always know what is coming next or what will happen today or tomorrow," he said.

Luckily for the actor, best known for his role as Emkay on Skeem Saam, acting isn't the only art in which he has talent, and it wasn't even his first love.

"I wouldn't say that acting is my first love. My first love is dance. I started dancing when I was in primary school. I've been dancing forever, basically. I remember how I'd go to dance classes almost every day after school."

However, when the acting bug bit, there was no letting go and Mlungisi took it upon himself to go and train so the could enhance his skill. He found it interesting and wanted to be the best he could be, especially because he loves theatre.

"Acting found me and I also fell in love with it."

'This is it - she's my dream woman': Skeem Saam’s Skandi Kid is in love

'Sharing that part of my life was an easy decision to make,' gushed Mlungisi Mathe.
TshisaLIVE
1 year ago

Mlungisi met his girlfriend, Nonduh Mkhize, in 2017 in Joburg. He said they're deeply in love and even though he figured some of his female fans would be sad that he's off the market, his woman is definitely worth it.

"Sharing that part of my life was an easy decision to make. I made a decision to share because I found what I had been looking for. I'm happy right now and I think this is it.

"She's my dream woman. I found the woman I have been looking for. I've always dreamed of one day having a Zulu, loving, smart, educated somebody and I found her. She's very loving and so respectful, rooted and cultured. We understand each other," he gushed.

Listen: Skeem Saam's Emkay is now a maskandi artist - but is he any good?

Not content with lighting up our TV screens on Skeem Saam, actor Mlungisi Mathe is aiming for the music charts with a fresh new career in maskandi. ...
TshisaLIVE
4 years ago

Skeem Saam's Lerato: People have got Pretty's relationship with Leshole all wrong

First it was The Queen's Shaka who lost his main chick because of a side chick and now the same fate has landed for Skeem Saam's Emkay and Twitter ...
TshisaLIVE
3 years ago

Skeem Saam fans couldn't believe their eyes on Tuesday when one of the show's most popular characters Eunice Nkadimeng notified her crush that from ...
TshisaLIVE
3 years ago