AKA wants to settle Cassper beef in boxing ring this September 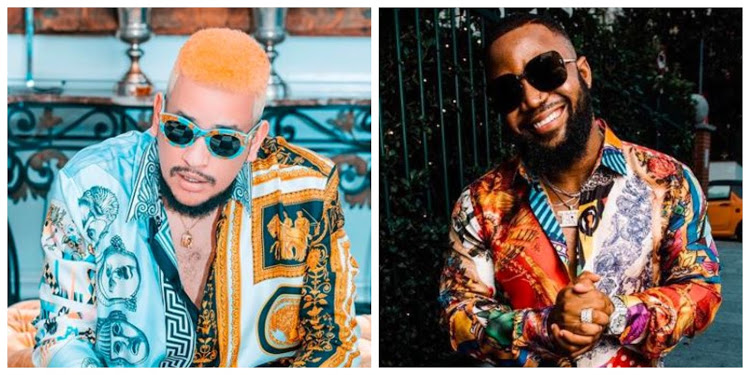 With a beef that spans more than four years now, rappers AKA and Cassper are allegedly set to fight it out in the boxing ring this September.

AKA confirmed the plans during a Twitter rant on Thursday morning, explaining that their fight was a long time coming.

In a series of tweets, AKA claimed that the two were in the process of signing a boxing deal for a September fight, and put Cassper under pressure to sign the deal.

The Baddest hitmaker started off by posting a video of himself at the gym hitting a boxing bag on Twitter with a caption that read, “Tag short pan. Let him know his management don’t care about him letting him do this fight.”

Tag short pan. Let him know his management don’t care about him letting him do this fight. pic.twitter.com/oypXNjgl5U

AKA said it wasn't a joke and they were indeed going to fight it out in the boxing ring.

“Y’all think I’m joking. The fight is set for September. That’s why he’s been talking about 'boxing' in his interviews. Baiting me. Trust me. September. AKA vs Pony Boy. Ten rounds ... EFC ... winner takes all.”

Y’all think I’m joking. The right is set for September. That’s why he’s been talking about “boxing” in his interviews. Baiting me. Trust me. September. AKA vs Pony Boy. 10 rounds ... EFC ... winner takes all. https://t.co/aJSUPoScX8

AKA explained that the boxing plans had been there for a while and highlighted how Cassper has subtly been hinting at it through his responses.

Please tag him @CassperNyouest and tell to shut his mouth and sign the papers instead of dropping hints on Real Goboza.

He claimed that he was going to beat the Babygirl hitmaker in front of his friends and family.

I’m going to shatter your face in front of your family. Sign the contract and stop talking to me through social media.(please tag this guy) NOW.

Not a chance. I have hurt him before. I will hurt him again. This time, on super sport. While my vodka ad plays between rounds. https://t.co/AeQIbrN0vV

Maybe ... but you seen the way he been aggravating me. He even did a interview the other day talmbout “we should do a boxing or something” right? https://t.co/8ULVqHMsil

I already rinsed him with composure. Now I’m going to secure the W with the hand speed. https://t.co/plnW5UKsVl

Cassper did not comment on the fight or his rivals jabs, but after AKA's tweets told his followers that they should "stay humble, keep a strong will, a strong mind and stay fly".

Meanwhile, AKA shared a DM he sent to Cass urging him to sign the contract so they could both make some coins.

According to the Supa Mega, both artists are set to make between R5m and R8m from the fight.

Everything is set. We both stand to make between 5 and 8 mil each ... only catch is ... he’s taking his time to sign.

Not capping. This fight is actually happening. September. The question is ... sun arena or soccer city?

Just when you think you know AKA, he shows you why he's the Baddest!
TshisaLIVE
1 year ago

Cassper to AKA: Success or money doesn't quantify wisdom

The module is: Crowd-surfing 101!
TshisaLIVE
1 year ago

Cassper Nyovest: My people catch me, I don't know about others