Prince Kaybee on buying up street vendors' stock: Why not just give them the money 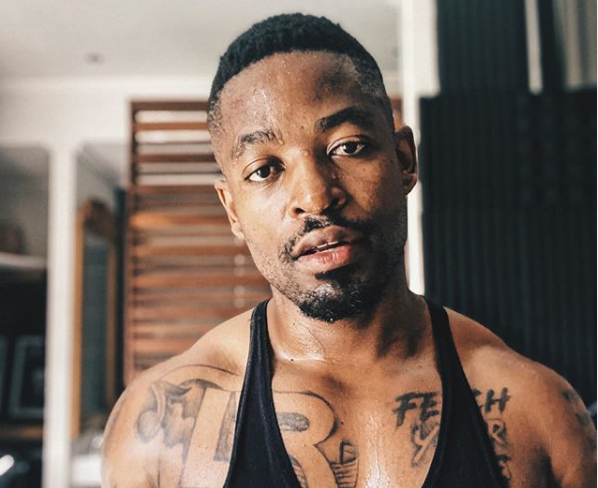 What may have been intended as well-meaning advice from musician Prince Kaybee, left tweeps feeling like he's trying to brag, as he told people to rather donate money to street vendors than buy up all their stock.

The announcement of the 21-day national lockdown to curb the spread of the coronavirus has caused stress and panic among a lot of people who are worried about how they will make ends meets.

One group of people particularly affected is the local street vendors, whose source of income has almost vanished thanks to the lockdown.

A couple of people and celebrities, including Somizi, pleaded with people to buy as much as they could from street vendors.

However, Prince Kaybee has explained why this notion doesn't make sense to him.

“The whole thing of buying all stock from street vendors doesn’t make sense to me. Why not just give them the money and let them keep that stock as groceries for themselves for the rest of the lockdown so that when they get back, they have the capital to buy more stock?” the musician asked.

The musician's followers detected “privilege” undertones in Kaybee's tweet and questioned him over them being able to afford to “donate” to the street vendors when they were also going through the most financially.

Kaybee further explained himself, saying he's talking about those people who can afford to “buy everything” the vendor is selling.

“Because you going to buy all stock you will use to a certain degree then the rest will go off, also if you can afford to buy everything they selling then you can definitely afford to just donate that amount and not take anything.”

Read the rest of his thread below.

Because you going to buy all stock you will use to a certain degree then the rest will go off, also if you can afford to buy everything they selling then you can definitely afford to just donate that amount and not take anything.

Alot of you are worried about where will the street vendors take the stock? LET THEM SHARE THE REST WITH FAMILY AND FRIENDS‼️ Just donate without taking IF YOU CAN AFFORD TO😊 https://t.co/9P0mPzrN1l

Don’t be fake humble for clout, just be yourself fam🥇

Here's what Cassper, Boity, Prince Kaybee and Nadia Nakai have to say about the national shut down.
TshisaLIVE
2 years ago

Prince Kaybee throws serious shade: They called me arrogant when I said diversify your portfolio

Prince Kaybee is really using not having a masters as leverage, seeing that many artists are quarantined and can't do much but stay at home.
TshisaLIVE
2 years ago

Life of a quarantined celeb: What Prince Kaybee, Ayanda Thabethe & Anele Mdoda are getting up to

This is what Prince Kaybee, Ayanda Thabethe and Anele Mdoda do during these self-quarantine times
TshisaLIVE
2 years ago

No fingerprint scanners and no sleep: Inside Prince Kaybee’s social distancing