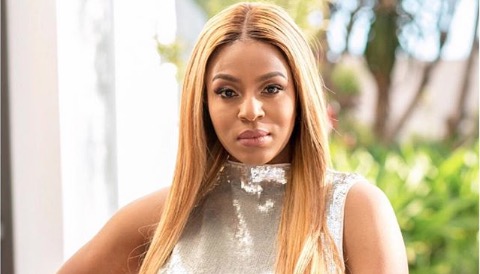 Just weeks after Menzi Ngubane and Nomzamo Mbatha left Isibaya, the show’s producers have confirmed to TshisaLIVE that actress Jessica Nkosi will also be “taking a break” from the series.

In a statement, M-Net’s head of public relations and publicity for local entertainment channels, Philly Kubheka, said that Jessica’s planned travels were written into the story of her leaving the show, and hinted at her possible return.

“Jessica is going to Ghana, and Jessica’s trip to Ghana is part of a story on Isibaya. Productions often create a story with someone travelling to allow them to take a break or to do other short projects.”

Jessica has taken a break from the show in the past. In 2017 she left Isibaya for two months to work in theatre.

“It's just something I felt I wanted to do at this point in my career. The opportunity availed itself, and I guess it found me at a point where I was like, 'yes yes yes!' Having studied drama, the last time I was on stage was in my final year and I missed it,” she told TshisaLIVE at the time.

She later posted a snap of her triumphant return to the show, with her being carried on set.

ITS A WRAP!!! Like I said before.... I don't ever have to walk on set 😌😌😌💁💁💁... Benjy my Benjy always so willing hehehehehe ... And yes izitho zami aziyi ndawo wo wo LOL #TheQueenIsBack #IAmAQueen 👑👑 #Isibaya

'Our love and respect has transcended beyond the screen," says Nomzamo.
TshisaLIVE
2 years ago

"Thank you for being a brother in an industry where betrayal is the norm".
TshisaLIVE
2 years ago

'So annoying!' Jessica Nkosi doesn’t want your opinion if you don’t follow her

Jessica: "If you don’t follow someone phuma nje kuye."
TshisaLIVE
2 years ago