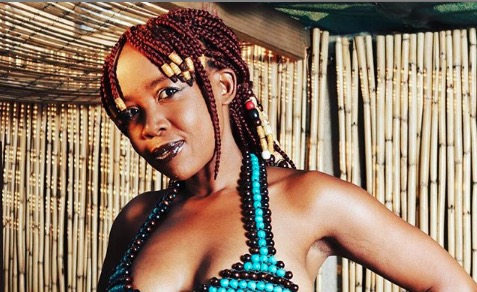 Social media users were left divided after poet Ntsiki Mazwai wrote a scathing open letter addressed to President Cyril Ramaphosa that opposed his decision to lock down the country.

In it, Ntsiki shared her opinions about the economic impact the 21-day lockdown would have on the poor in the country and accused the president of “appeasing the white master” and putting money before his own people.

In parts of the letter, she also accused Ramaphosa of being unable to justify his own wealth, being a billionaire in a poverty-stricken country “without creating anything”.

“Your white solutions are not going to work on African people. We do not have equal footing. Lucky you, 21 days will do nothing to your livelihood, for the vast majority of us Africans, this 21 days is the difference between making ends meet and bankruptcy,” read part of the letter.

She said the 21-day lockdown would not benefit the ordinary South African.

“You have a car for you to adhere to one person per car, Mr Ramaphosa the majority of your people are stacked up in dehumanising cramped up taxis and buses. Mr President you have never had to be squashed up in masihlalisane four, four, so you are in no position to talk so big. To a lot of us you are nothing but a life version of Sergeant Sabela on Sarafina,” she wrote in her open letter.

Ntsiki went on to claim that the president had “let loose an untrained army to go play power games in the townships” while the suburbs remained undisturbed.

TshisaLIVE has reached out to the presidency but had not received a response at the time of publishing this article.

Ntsiki's letter caused many conflicting views on social media, with many siding with her while others felt her timing was off as the president made a decision that best suits all citizens.

Here are some of the reactions to Ntsiki's letter:

Ntsiki you are middle class, all you doing is trying to gain popularity. I couldn't finish your letter, what have you been doing to help the situation.

@ntsikimazwai your point is loud and clear sis, those who chose to be dumb and stupid about your letter will one day see the light I hope pic.twitter.com/C7BJMrM02X

I hear Ntsiki (basically highlighting the reality for most South Africans) but what would she rather the President has done during this time of crisis? pic.twitter.com/uskISWnsqE

The open letter by Ntsiki Mazwai to the President articulates all the challenges that we knew were going to happen prior to the lockdown. Instead of just identifying the issues she should’ve substantially provided tangible solutions from her perception.

Waking to twitter and find that many media outlets are obsessed with Ntsiki Mazwai's views and letter to the President is disappointing to start a Sunday!
How do they fit in her dad? She is grown up, and her behavior has got nothing to do with her parents, it is her now, her way

What the letter by @ntsikimazwai shows is ; Its not about content in 🇿🇦 but about the author! Most people who are making - comments, didn't even bother reading it, just went on the "Oho, ke Ntsiki". Unfortunately, that's what we go through as blacks almost on a daily!

Ntsiki Mazwai's open letter does not offer any solutions,yes, because she too is amongst every South African citizens and where our future will take is. What it does state though is the reality that the rich get richer, the poor get poorer Which will create aggression

I read Ntsiki Mazwai's letter and i am now worried.The letter will make sense in the next coming weeks if not days. #lockDownSouthAfrica #ntsikimazwai

Woke up to Ms Ntsiki Mazwai open letter to the South Africa President.

Reading reactions to her letter made me realize few things, middle class & up-class are a problem in our society. privilege blacks are problems in society. Black people don’t look out for each other.

Former journalist and anti-apartheid activist Thami Mazwai has distanced himself and his wife from a scathing open letter written by his daughter ...
TshisaLIVE
2 years ago

OPINION | Ntsiki Mazwai needs to let other black women and their hair be!

It's time you allow black women to choose whatever hairstyle they want!
TshisaLIVE
2 years ago

Ntsiki is calling out black women who wear wigs for imitating white women.
TshisaLIVE
2 years ago