Scandal! actor Given Stuurman and girlfriend welcome a baby girl

“God blessed me with a healthy, beautiful baby girl. My life will never be the same. ” 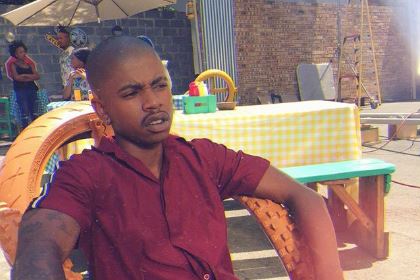 Congratulations are in order for Scandal! actor Given Stuurman after he and his girlfriend welcomed their first child into the world on Sunday evening.

The baby girl was born at Netcare Garden City Hospital in Johannesburg.

Given, who plays the well-known character of Kgosi on the popular soapie, took to Instagram and shared a snap of himself holding his little princess.

“So, at 5.55pm today, God blessed me with a healthy, beautiful baby girl. My life will never be the same. Eternally grateful.”

So at 17:55 today, God blessed me with a healthy, beautiful babygirl ❤️. My life will never be the same. Eternally grateful.

Many fans and friends have watched as Given has gone from a child actor to a seasoned performer who has dominated the small screens, and sent congratulatory messages to the new dad.

“The best thing God has given me is a chance to be a father. I’ll forever be grateful,” he wrote at the time.

Cici: I’m so disheartened that my family might not be there to welcome my little one

'Scandal!'s' Given Stuurman set to welcome his first child

Oh wow! Where did the time go? Given Stuurman is expecting his first child
TshisaLIVE
1 year ago

Cici is expecting a bundle of joy!
TshisaLIVE
1 year ago