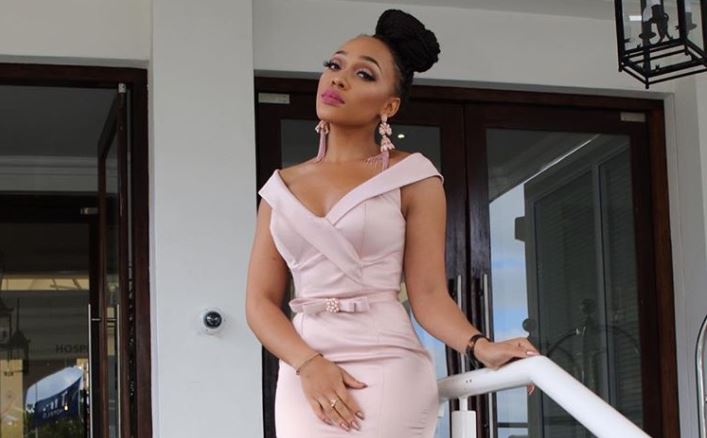 Radio personality Thando Thabethe has taken to social media to reveal the reason why she resigned from 5FM.

The star announced her resignation last month, but at the time gave no reasons for her departure.

She took to Twitter on Tuesday evening to finally open up about her exit, detailing alleged meetings she had with the station's management.

"On Friday 28 Feb I had a meeting with the programmes manager who let me know that the show was renewed, as per our annual negotiations. I then tried to negotiate a raise of R200 an hour. At this point he had agreed for me to take two weeks leave to shoot housekeepers," she explained.

She said the following Monday she heard that her popular afternoon drive-time show would no longer be aired, as it allegedly did not fit into the SABC's two to five-year plan.

Fast foward PM finally sits me down on the following Tuesday to tell me that the show doesn’t exist...plot twist...I then hear that the powers that be were told that I DEMANDED a 20% increase and 6 weeks leave.

The radio personality alleged that she was instead offered a slot on Sunday mornings, which she turned down

"I have ploughed many hours into the work that I do, and found this an insult after 11 years on radio. I then proceeded to resign. The current line up at 5FM is not a representation of the diverse country that we live in. It’s also very easy to dub me as 'demanding' to the powers that be in the hope that the truth doesn’t come out," she added.

Thando claimed she was later offered her original slot back, which she refused in fear of being victimised.

After discussions with a friend and reflecting on the impact it may have on her and her team, she decided to accept this latest offer.

She alleged that the station then u-turned on the offer.

"Yet again 5FM decided to stick to their original plan and offered me a slot I was again not able to accept," she added.

When approached for comment, acting SABC spokesperson Mmoni Seapolelo told TshisaLIVE that Thando had resigned of her own accord.

"The SABC is aware of Ms Thando Thabethe’s public comments on social media and we would like to put it on record that Ms Thabethe resigned from 5FM on her own accord, and the station accepted her resignation."

Pearl Thusi says 'Queen Sono' could be the key to #OpenTheIndustry

The show only has six episodes.
TshisaLIVE
1 year ago

Ag, it is one of the cutest stories we've ever heard
TshisaLIVE
1 year ago

DJ Fresh on Thando Thabethe’s resignation from 5FM: It is a sad loss for radio

"This is probably the hardest decision I've had to make and it's a bittersweet moment as I bid farewell to something that I've been doing for the ...
TshisaLIVE
1 year ago