It's not all bad! 5 celebs who've had big wins this year ... before Covid-19 rocked the world 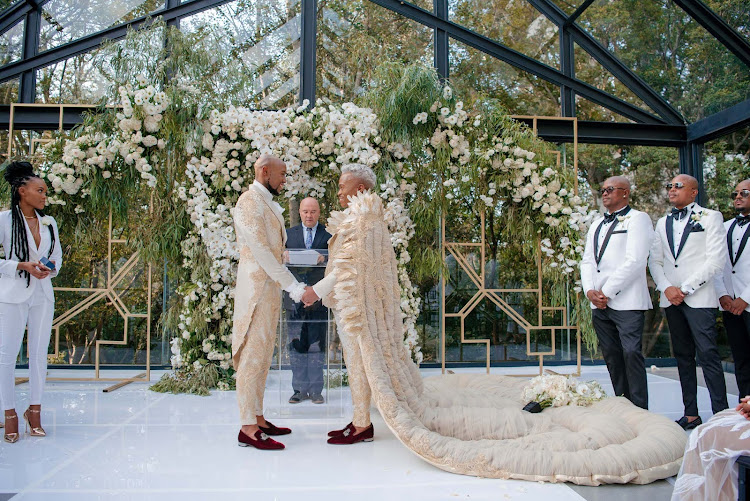 It's becoming harder and harder to remember a time when Covid-19 didn't dominate our lives at every single waking moment, or when we weren't in a state of lockdown to stop its spread.

But while bush fires, earthquakes, the threat of World War 3 and recessions have dominated the world in 2020 so far, there has been some good news.

Mzansi's celebs have given us more than a few things to smile about over the last four months, so we decided to look back at some of the happier times.

After celebrating their traditional wedding late last year, 2020 saw Somizi and his bae Mohale go all out for their white wedding.

The couple tied the knot in January, surrounded by close friends and family. It was a spectacle, with dancers, a “floating cake” and guests dressed as if it was their own wedding.

The couple kept the cameras on during the ceremony for a four-part Showmax wedding special, entitled Somizi & Mohale: The Union.

Every single emotion was felt 😭 Celebrate @Somizi and @Mohale_Motaung with #SomhaleUnion, exclusive to Showmax. pic.twitter.com/btx3QsC9Ey

The world, no, THE UNIVERSE, is absolutely stannin over our Zozi, and her first five months as Miss Universe have seen her become one of the most talked-about beauty queens to ever come from our shores.

She returned home in February to a hero's welcome and a massive nationwide tour.

At the Mthatha Airport in her home province of the Eastern Cape, Zozi was greeted by hundreds of fans, with many fighting back tears.

Speaking on her homecoming, Zozi told TshisaLIVE: “There is no place like home. No place like SA. I feel like this is where I gather my strength. So being home is like having a renewed spirit in me.”

Actress Pearl Thusi was the toast of Mzansi and the world in Feb when Netflix's first African original series, the SA spy thriller Queen Sono, made its debut.

Pearl plays the role of Queen, a no-nonsense spy, in the six-part action series, which was produced and directed by SA's Kagiso Lediga and filmed in 37 locations across the continent.

Speaking on the red carpet at the premiere of the series, Pearl said her role inspired by the power of strong black African women.

“There’s no such thing as a woman who is black and not strong, same with Africa. Maybe sometimes we just need to realise it.”

ITU AND HIS BAE WELCOME THEIR FIRST BABY

“Daddy Duties is an everyday thing. #Blessed and most of all #GodIsGreat,” Itu said, posting a picture of himself with his little on Instagram.

Daddy Duties is an everyday thing ❤️❤️ #Blessed and most of all #GodIsGreat 🙌🏼🙏🏼 📸 Cred : @laaylaymak #TheBears 😉

Sphelele also posted a snap, with the words, “my own little family”, on her Instagram stories.

She later told fans on Instagram that the couple are open to having more kids.

“I want three, but the husband believes in balancing the equation.”

The film, which follows a father’s desperate journey to forge a relationship with his daughter after breaking up with her mother, won the Best Original Score, Golden Era Humanitarian Narrative and Festival Favourite awards.

I promised myself I wouldn’t cry’: 5 touching moments from Somhale’s white wedding

We didn't stop crying once!
TshisaLIVE
1 year ago

Covid-19: Zozibini Tunzi's appeal for the universe to unite gets all the love

Responding to Miss Universe's call, many took to social media to share their new 'normal' day-to-day activities
Lifestyle
1 year ago