Scandal! Kgomotso Christopher recounts some memorable moments from the show

“Although I was only on Scandal! for a brief four years, it very quickly became a home for me.” 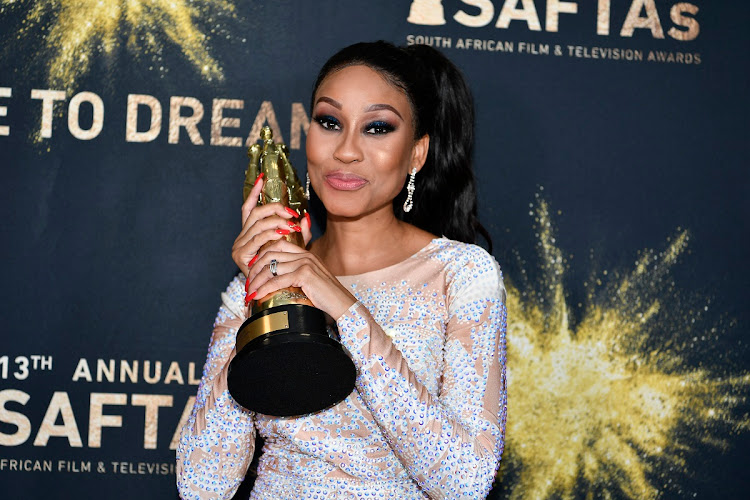 While fans have been left saddened by her exit from the show, Scandal! actress Kgomotso Christopher is grateful she touched many people's lives with her feisty character.

The actress is bidding farewell to her fan-favourite role of Yvonne “YV” Langa on Scandal! after four years, however, the e.tv soapie producers insist that Kgomotso's departure from the show would be temporary.

Speaking to TshisaLIVE, Kgomotso expressed that people's reaction to her role on the soapie was one she never expected but was grateful to her fans for the love and support.

“Years before I joined the show, I would walk by the Scandal! studio heading to Isidingo and never did it dawn on me that one day I would have the privilege to be part of the production and create a character that would earn me my very first award in the industry.

“Although I was only on the soapie for a brief four years, Scandal! very quickly became a home for me. I will take so many professional and fun memories of my time there and will miss the cast, crew and production team.”

Kgomotso said that Scandal! gave her a very different platform to showcase her range as an actor and stretched her as a performer.

“I remember the Monday after winning the Safta in 2019, I took the gong with me to work, where it spent the whole day moving from department to department. We took lots of pictures, made loads of crazy videos, sang celebration songs.

“As much as it was an individual award, we all knew that it takes a team to win any award or to achieve success as a show. When we talk about a production that takes care of its own and appreciates its cast and crew, we’d be talking about Scandal!.”

Kgomotso recalled an on-scene moment that got tongues wagging for days.

“I remember a fighting scene between Boniswa and YV in the early years, where they were fighting over Siseko. The director wanted the fight to get really ugly and ratchet and of course ultimately, funny.

“He mapped the fight so that in the end, someone’s wig, ie my wig needed to be snatched and fall off! I was approached and asked how as an actor I would feel about the scene and if I’d be comfortable to do that on national television. Anyone who's ever worked with me knows that I’m one of those actors who believe in serving the story and the character genuinely.”

Kgomosto added there were very few things she'd refuse to do, should they be necessary to tell the story, however, being a firm believer “actors we are vessels of the characters we are given” she made sure she gave the fight enough justice.

“So of course, I agreed, and the rest is history. It was one of funniest scenes I shot on the show and definitely was a viewer favourite. For days our viewers talked about the scene, made memes and jokes about the character or the actor for losing their fake hair and exposing their not so good-looking cornrows.

While hair and women have always been a very touchy subject, in a world of fancy weaves and wigs, Kgomotso expressed that the last thing any woman wanted was to be exposed like that, whether in real life or TV! “I was glad I chose to put the ego aside and serve the story. Scandal! allowed me to trust my instincts and more than anything allowed me to play,” she told TshisaLIVE.

Kgomotso Christopher responds to calls for her to U-turn on 'Scandal!' exit

Kgomotso is definitely a fave
TshisaLIVE
2 years ago