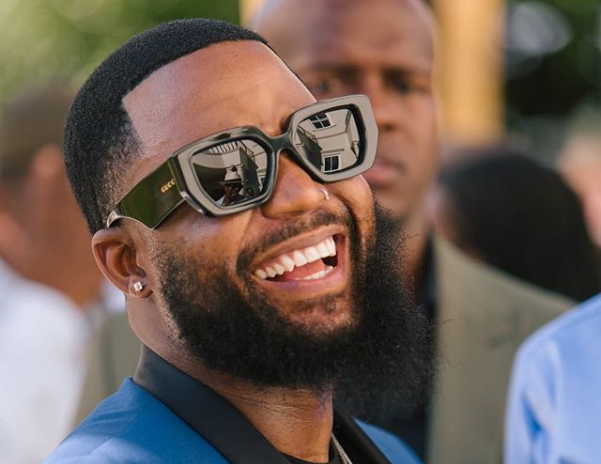 On Friday morning South African hip-hop artists and their songs filled the entire Twitter trends list, thanks to crazy conversations that happened in the wee hours of the morning, courtesy of Cassper Nyovest.

The conversation was ignited by a battle of hits that happened between young rappers Nasty C and Emtee, courtesy of Twezzy and Gemini Major's #The RevolutionOfHipHop.

However, long after everyone had slowly fallen off of the trends list, Mufasa was still in the top five because, once again, he managed to steer the conversation and kind of make it all about him.

The rapper, after witnessing the amicable battle between Nasty and Emtee, decided to add his two cents' worth into the conversation after hip-hop fans called for another "battle of the hits" between him and his biggest rival, AKA.

Obvs, Cass had a lot to say about that. But first, the rapper wants people to know  he's intentionally putting his foot on their necks. As long as what he says leaves people pressed on the TL, he won't stop. #MrTooLegiToQuit.

Foot on their necks!!! I will never stop!!! Trending every week for the whole year. Cassper This , Cassper That. That time I'm home safe with my family, ke idlalela fifa , gta , train now and then. Ke easy. As soon as I put this phone down, i forget all about this sphitiphiti! https://t.co/zQ0DIJZ7dY

The big issue for most tweeps on Friday morning was not the fact that Cassper had said  he's not afraid to enter into a hit battle with anyone (read AKA).

Nope, that one MUST be handled another way. Only one way to end that one! Respect must be enstilled and taught!!! https://t.co/kxLUDNQVMD

Nothing gone make niggas who don't like me respect my work catalog & achievements. I'm a legend bro. A solid one My! My name is in the books forever, dont matter how they feel about me. No Ig Battle is needed. They know deep down in their hearts what it is. Nobody comes close! https://t.co/LWZYTX2cm9

People were pressed because when Nasty C approached Mufasa on the TL with a suggestion for the battle, he politely and respectfully declined. They went on to have phone call conversations that they also tweeted about.

However, when Emtee tried to get a word in, Cassper hit him with "Go sleep dude, nobody is talking to you".

Needless to say the TL wasn't impressed. Check out the tweets and be the judge.

Exhibit A: Tweets to Emtee.

Mxm, Emtee tsamo robala my laatie. You've got a lot of work to do. Get on your grind and get things right. I'm not gonna let you use my name to do that. O ntwana! This is my last reply!!! Sharp sharp!! https://t.co/5Ier72wzbu

Exhibit B: Tweets to and about Nasty C.

I just spoke to Nasty onda phone and asked if he wanted to battle me and he said NAH. Him and Gemini are tryna get me to battle someone else and explained the importance of it. I said cool, we'll see what they come up with and we can take it from there. I needed clarity myself. https://t.co/tEwPWa6Ie4

The TL couldn't ignore the fact that Cassper had clear;y used two different approaches and tones for the two rappers.

And just for control, Cassper wanted to remind folks that he'll be performing with international artists including Lady Gaga online on Saturday.

Just a young flex from the king of flex!

Cassper snaps at troll who misspelt his name: Put some respect on my name!

WATCH | Cassper on why he ain’t afraid of getting in the ring with AKA!

"I'm very competitive and I don't think there's anything that he can beat me at," Cassper said about AKA.
TshisaLIVE
1 year ago

Cassper on lockdown: You know what sucks more than staying home? Dying!

"Stay home, broski. Boredom is way better than death or getting arrested."
TshisaLIVE
1 year ago

"Now all you hear are stories of how beautiful things used to be," Cassper said.
TshisaLIVE
1 year ago