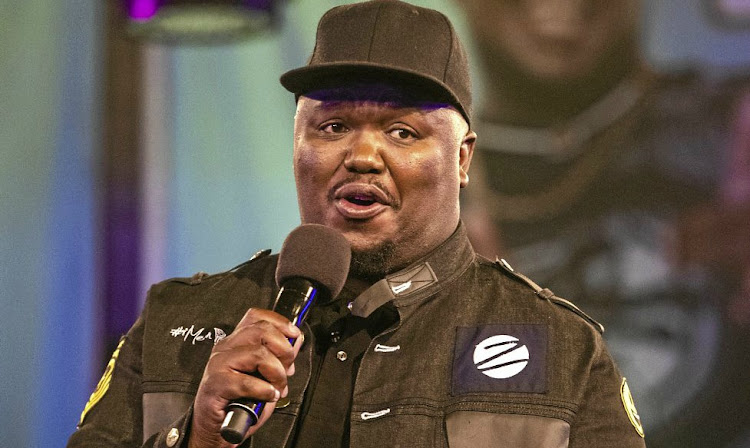 Move over Cassper, Nasty C and AKA, there is a new hottest MC in Mzansi: comedian Skhumba Hlophe.

The star was messing around on Instagram when he decided to drop some bars for his followers, waxing lyrical about his kid.

While it started off super promising, it kind of fizzled out at the end. Still, it was a laugh a  minute and celebs including Mampintsha, Shimza, Ma-E, Black Motion and Ms Cosmo all gave it their stamp of approval.

Skhumba joked that after lockdown he would drop it as an official single with Sjava, Zakwe and maybe Khuli Chana.

“After this lockdown I’m releasing this single featuring Sjava, Zakwe and still talking to Khuli Chana, but, yes, it’s gonna be a smashing hit. Thank you to everyone following me.”

Although he was tight-lipped about the single, Khuli responded with several laughing face emojis.

Does that mean it's a go?

Skhumba hits back at 'not funny' claims: I'm good at what I do

And the Skhumba army agrees that he's funny AF!
TshisaLIVE
1 year ago

Skhumba welcomes another baby boy to the brood